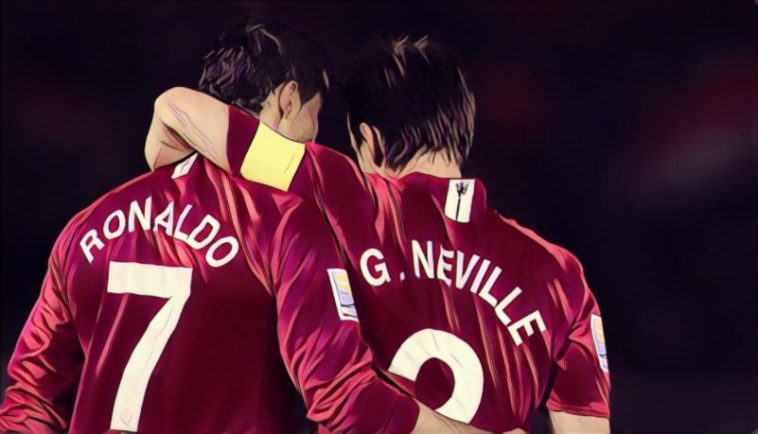 Gary Neville has revealed his shock at Cristiano Ronaldo’s transfer from Real Madrid to Juventus.

Neville was Ronaldo’s team-mate at Manchester United between 2003-2009 before the five time Ballon d’Or winner moved to the Bernabeu in a then World Record £80 million deal.

The Portuguese superstar has proved to be worth every single penny of Los Blancos initial outlay, going on to win four more Champions League titles and become the Spanish giants all-time leading goalscorer with a quite frankly ridiculous 451 goals in just 438 appearances.

When rumours began to speculate that Ronaldo may move to Italy, most experienced watchers of his career believed this was nothing more than the 33-year-old’s annual game of cat and mouse with Real, which would ultimately end in him signing a new and improved deal in the Spanish capital.

However, Real shocked the World of football earlier today when they announced Ronaldo would be leaving the club join Serie A Champions Juventus, and it seems that Neville didn’t his former Red Devils team-mate moving despite recent speculation.

More details of the exact transfer fee, length of contract and even who Real will target to replace one of the greatest players of all time will begin to emerge shortly.