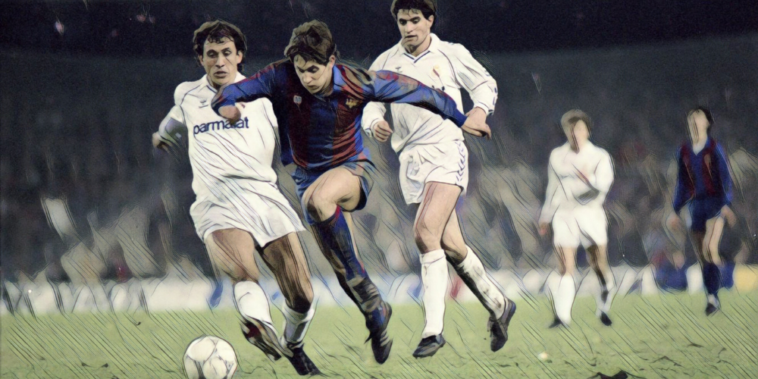 Gary Lineker lived and breathed for scoring goals during a prolific career at the highest level, the former England international remaining the only player to have finished as the top-flight’s leading scorer with three different clubs.

Lineker also holds the distinction of being one of just eight British players to have played in El Clasico, and it’s fair to say perhaps none have enjoyed a greater individual showing than the forward’s in January 1987.

Signed following a prolific season at Everton and World Cup Golden Boot in 1986, Lineker’s debut season in Spain saw him score 21 goals across all competitions for the Catalan club.

Three of those came in an entertaining El Clasico fixture with fierce rivals Real Madrid, as the summer signing proved the difference in a 3-2 win for Barcelona at the Camp Nou.

As far as hat-tricks go, this one was Lineker-esque in its entirety, scoring twice inside the opening minutes from a combined total of around six yards, before capitalising on a defensive mistake to complete his treble.

It’s a performance that ensured Lineker remains fondly remembered in Catalonia, here is the forward’s hat-trick against Real Madrid.