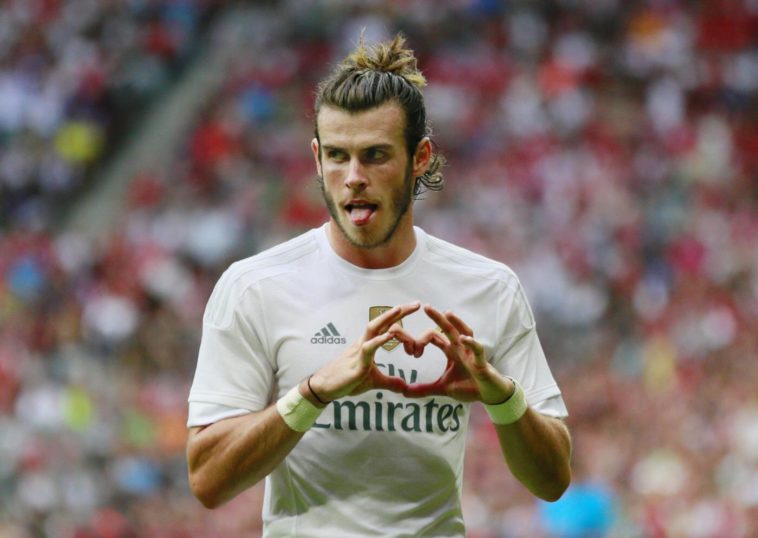 Pretty much from the minute he joined Real Madrid the Welshman’s name has been linked with a move to Old Trafford. Of course it’s been four years and Bale remains in the Spanish capital.

However, this Summer circumstances may push Bale out the door at Real Madrid, the possible capture of Kylian Mbappe from Monaco.

Reports today suggest that Mbappe has told Monaco that he wants to leave the club with a number of high profile suitors looking to sign the 18-year-old.

Following the imminent departure of Neymar from Barcelona to PSG, the Catalan club are claimed to have held talks with the youngster, while Real Madrid have reportedly lodged a £160m offer.

Today MARCA are reporting that if Real Madrid are to capture Mbappe from Monaco, Gareth Bale will have to leave the club before that can happen. MARCA also say that manager Zidane does not want four galactico attacking players at the club and one of Bale, Ronaldo and Benzema will have to depart. The Spanish outlet claim that Bale is the ‘odd man out’ and that the Welshman’s injury problems mean he is the one chosen to be shown the door.

It is well touted that Manchester United hold a long term interest in Gareth Bale and would love to bring him back to the Premier League. With talks over the signing of Ivan Persic seemingly having stalled it could be that Jose Mourinho’s attentions have turned towards Bale and away from Perisic?

It looks set to be a ridiculously exciting end to a record breaking transfer window.

Will Man Utd finally get their man? Will Mbappe replace him or Neymar? Is he what United need to finish their squad? Leave us your comments.