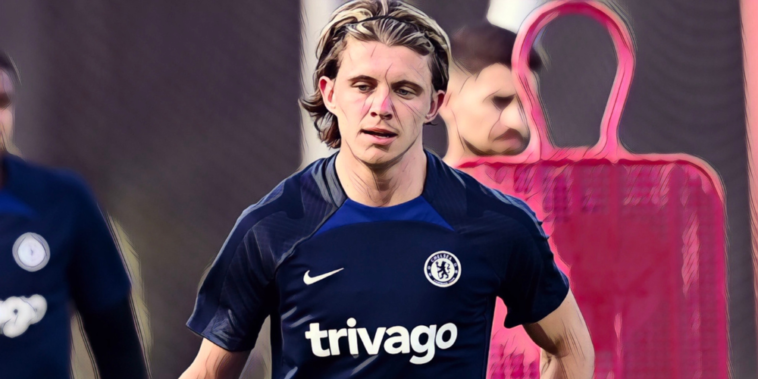 Conor Gallagher insists he’s ‘ready to play for Chelsea’ after returning to the club for pre-season this summer.

Gallagher has spent the past three seasons out on loan and enjoyed a breakthrough campaign at Crystal Palace last season, where he earned the Eagles’ Player of the Year accolade and broke into the England squad.

The 22-year-old is now hoping to earn a regular role at Chelsea and recalled a chance meeting with manager Thomas Tuchel in a Cobham pub earlier this year, in which he outlined his desire to become a part of the German’s first-team plans at Stamford Bridge.

“I said to him: ‘I think I’m ready to play for Chelsea,” Gallagher said, as per The Guardian.

“I said: ‘You know that’s what I want to do.’ I’ve got some older brothers that have told me if you’ve got something you want to say or ask then just ask because managers aren’t scary. They want to talk to their players and they want to know what your thoughts are. I told him what I thought and he said what he thought and I think that was the best way to do it.”

Gallagher has earned four caps for England since being handed his international debut last November and is hoping to earn a place in the Three Lions’ World Cup squad this winter.

The midfielder was asked whether remaining at Chelsea represented a risk to his chances of going to Qatar, but insists he must show ‘belief’ in himself to become a regular in west London.

“You can say it’s a gamble but I feel like I’m ready for a step up,” Gallagher continued.

“If there is a chance to be a part of the squad at Chelsea and part of the team then I can’t turn it down. I feel like I’ve got to have belief in myself that I can help improve this team and I can show the fans and the boss what I can do.”

Gallagher is hoping to follow the example of Mason Mount and Reece James in breaking into the Chelsea side, having featured alongside the duo in the Blues’ youth teams.

Having grown up as a childhood fan of the club, Gallagher admits it would be ‘special’ should he join Mount and James as a first-team regular in Tuchel’s side.

“The fans love them,” he said. “Obviously everyone knows they are world-class players but it makes more special if they have come through the academy. I grew up with them and I feel like I’m able to do that. But it makes it even more special that me and my family have always been Chelsea fans, and it will be a dream come true to play regularly for Chelsea and perform on the pitch.”