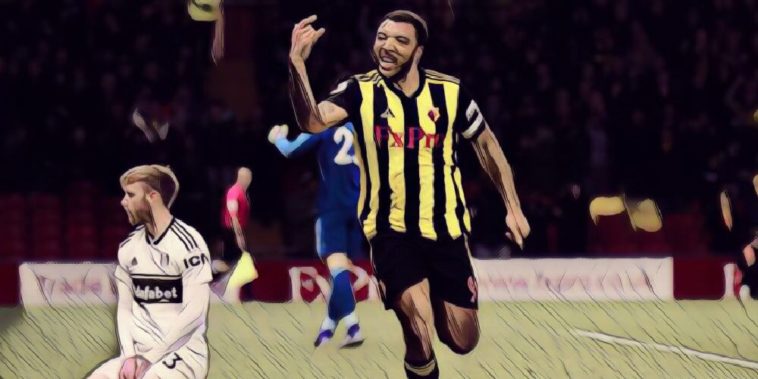 Fulham’s stay in the Premier League has been a short and not so sweet one, with their relegation back to the Championship being confirmed with still five games to play.

Much was expected of the Cottagers this season following their promotion last season, which prompted a summer spending spree of over £100 million, with the likes of Andre Schurrle and Jean Michel Seri amongst a whole host of arrivals at the West London club.

However, 33 games and three managers later, Fulham’s relegation back to the second tier of English football was confirmed thanks to a 4-1 loss against Watford, a result which leaves them on just 17 points after conceding a ridiculous 76 goals.

Speaking after the game, Scott Parker was asked his feelings about his side’s relegation.

“Obviously bitterly disappointed, devastated for the football club and fans. We always knew it was a tough ask. It’s the way we lost the game which was most disappointing for me,” he told BBC Match of the Day.

“The five or 10-minute spell from 2-1 onwards – if there was ever a watch then that was our season in a snapshot.

“We played some nice bits at times, but at the end of the day you are where you are – that 10 minutes

“I think in the initial reaction – I have ideas of [where it went wrong] but it’s not the time to broadcast it. When a club gets relegated you know there are some serious issues.

“At this moment in time, I’m not thinking anything. Just pure disappointment.

“The team and the players owe it to the football club and fans to out in the last five games and give something back, although it’ll be very little. The next five games, we will crack on.”

Meanwhile, the result will be a big confidence boost for Watford as they head into this weekend’s FA Cup semi-final against Wolves before they look to kick on and secure a place in next season’s Europa League with a seventh-placed finish in the league.

Afterwards, Watford boss Javi Gracia described his side’s achievement this season as ‘amazing’ while admitting that everyone surrounding the club is looking forward to Sunday’s trip to Wembley.

“Now is the moment to start to think about the next game – an important game, a semi-final. All the people are looking forward to the moment,” he told MOTD.

“To achieve 46 points is something amazing.”

Today’s result means that there is just one relegation place yet to be decided after Huddersfield slipped through the trap door at the weekend.