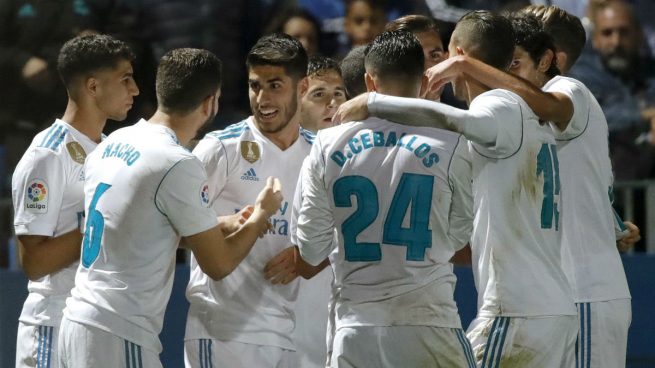 Real Madrid comfortably defeated Segunda B side Fuenlabrada in the Copa Del Rey fourth round first-leg. Asensio and Vasquez both converted penalties to secure a victory. It was not all roses as Jesus Vallejo got sent off in the dying minutes of the match.

Zinedine Zidane made six changes to the squad that won against Eibar on Sunday, playing a host of youngsters. Surprisingly enough, Zidane has never won a Copa del Rey, neither as a player nor as a manager. The Copa is also the only trophy he hasn’t won as a manager at Real.

Los Blancos dominated the game, as expected. 73% possession, 16 shots, you know the deal. The game was far from good though, it was atrocious. Real missed many chances, both teams were careless, it seemed like a Sunday league game.

Real went ahead after Achraf Hakimi was brought down in the area, and Asensio converted the following penalty. Fuenlabrada had done admirably well until then. 17 minutes after that, Paco Candela tackled Theo Hernandez, giving away a penalty and getting himself sent off in the process. Vasquez the scorer this time.

Jesus Vallejo, who made his first-team full debut, also was sent off for a rash lunge in the 89th minute.

The second legs are scheduled for the 29th of November.