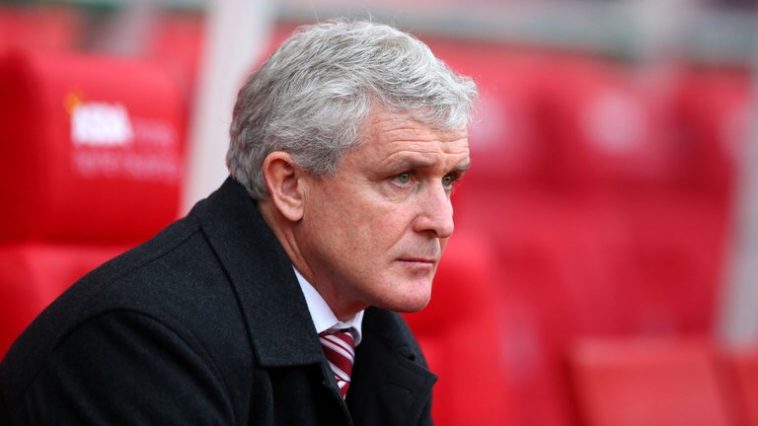 Stoke’s underwhelming 2016/17 campaign has shown that The Potters must strengthen this summer. Here are four player Mark Hughes should sign this summer.

The strikers last season were not firing, and Stoke had a worryingly low amount of shots last year.

With reports coming out of Chelsea saying that the 23-year-old is getting frustrated at the lack of first -team football, Stoke could be the perfect place for a loan move.

Despite only starting one game, Batshuayi has done well to score five goals Premier League – including the goal that won the league for Chelsea. The Potters top goal scorer last season was Peter Crouch who scored 10 goals. Batshuayi scored half of that tally despite playing 10 games less then Crouch.

Batshuayi is a known goal scorer and would help Stoke improve on their 41 goals from last season.

Stoke have been calling out for a box to box midfielder, and Fabian Delph is just that. Fabian Delph would offer something different in Stoke’s midfield.

At Man City, he only made 13 appearances and just like Batshuayi many of them came off the bench.

Pep Guardiola is expected to improve on last season’s performance, therefore it’s likely that Delph won’t be in his plans which could allow Stoke to pick him up for a relatively cheap price. Let’s not forget Delph’s performances basically kept Aston Villa up.

If Delph joined that would surely mean either Whelan or Adam would leave. Delph would also offer better service for players like Saido Berhaino, which means they won’t be reliant on Arnautovic for assists.

Stoke reportedly tried to sign the Spanish defender in January. The defender has impressed while on loan at Malaga this season, particularly in the second half of the season.

Stoke had a £9 million bid rejected in January and could be prepared to come back in for the Spaniard this summer.

The centre back, who can also play right back,  is unlikely to get any game time for Real Madrid due to players such as Ramos, Varane, Nacho Fernandez and Pepe. It is believed that Madrid wants £13 Million for Llorente.

With Martins Indi going back to Porto, Llorente could be the perfect replacement. However, Stoke might want to get him in quick as it is being reported that Everton also wants the 23-year-old.

Domagoj Vida is another player being linked with Stoke. He is a centre back, but like Llorente, he can play fullback as well. The Croatian international has impressed for Dynamo Kiev in the Ukrainian Premier League, which has made him a target for clubs such as Stoke, West Ham and Everton.

Sunderland wanted him earlier on in the season but they refused to cough up the £10 million price tag.

Vida is known for his pace and his attacking prowess despite being a defender.