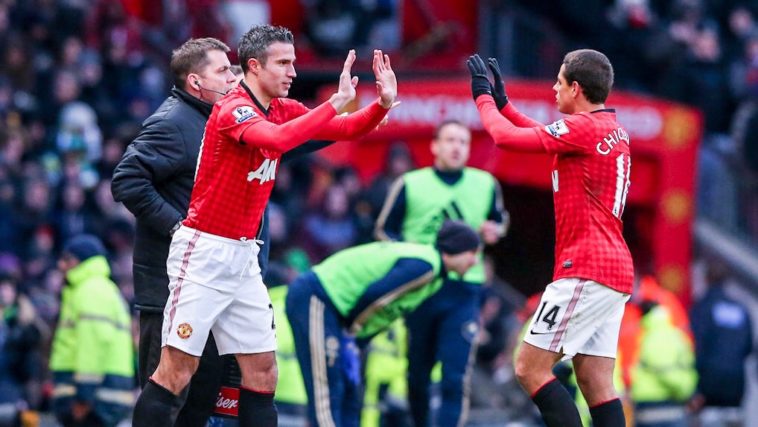 Two former Manchester United strikers have been linked with a return to the Premier League this summer.

Former Manchester United striker Robin van Persie has been linked with a move to Crystal Palace this week as new Eagles manager Frank de Boer looks to strengthen his squad. It is claimed that the Dutchman is keen to bring his fellow compatriot back to the Premier League after spending two years at Turkish club Fenerbahce.

He was eventually sold by Louis van Gaal in 2015, but as Fenerbahce visited Old Trafford last season, van Persie was given a rapturous reception, even though he did score against his former employers.

Meanwhile, Sky Sports are reporting that West Ham are in talks to sign former Man Utd poacher Javier Hernandez from Bayer Leverkusen, who has a €15m (£13m) release clause.

Hernandez was allowed to leave the Premier League giants back in the summer of 2015 when Louis van Gaal felt the Mexican was no longer of a use to him. He had already sent him out on loan to Real Madrid in the previous season.

He moved to Bayer Leverkusen in a deal worth £7.3m, and has scored 39 goals since his move to the Bundesliga. There are even reports that ‘Chicharito’ could move back to Old Trafford.

The 29-year-old was widely praised by current United boss Jose Mourinho last season, who claimed that his side needed a player like Hernandez is the squad, and believed he would have scored 25 goals for United last season.

Mourinho also confirmed that the club would make a ‘surprise’ signing this summer. Could it be Hernandez?

Palace fans, do you want van Persie? West Ham fans, is Hernandez the kind of striker you need? Man Utd fans, should Mourinho bring Chicharito back? Leave us your thoughts below.