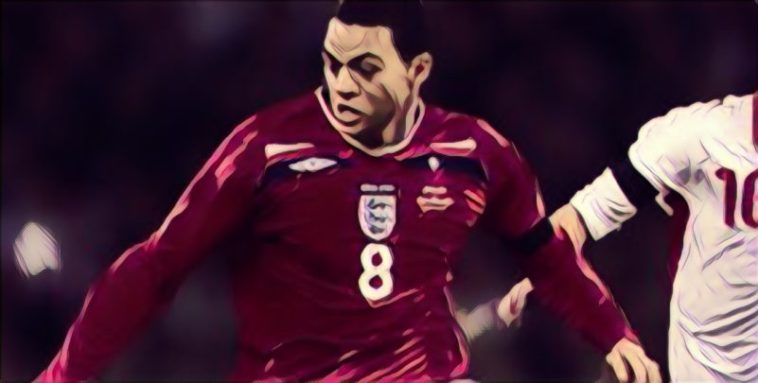 As always, with the 2018 World Cup in Russia just a week away, discussion have once turned to why England’s so called ‘Golden Generation’ underperformed at major tournaments.

From 2004-2010, Premier League clubs dominated the latter stages of the Champions league, with players like Rio Ferdinand, John Terry, Ashley Cole, Steven Gerrard, David Beckham and Frank Lampard considered amongst the best in the world in their positions.

However, the Three Lions consistently fell way short of expectations at World Cups and European Championships.

Former Spurs and Newcastle midfielder Jermaine Jenas was a regular in England squads at the time, and the 35-year-old has revealed that a succession of England managers insistence on picking high profile players regardless of whether they performed well together may have had something to do with the repeated failures.

Jenas did also admit however that everybody involved with the England set-up from top-to-bottom got things wrong at the time:

“It was difficult for any England midfielder to break up the Lampard-Gerrard midfield combination we had at that time,” Jenas told Planet Football.

“They were two great players and tended to be automatic picks, which was difficult for players like myself and Michael Carrick, who were pushing to try and get into the England team.

“The frustration from my perspective was that nothing we could have done would change the way the team was selected.

“That was disheartening for players who were not first picks and getting your head around the reality that you probably wouldn’t play got a little disheartening when you met up with England squads.

“In hindsight, maybe there were a few ingredients that England were lacking. We had a lot of high-profile players in my time and they tended to do things their way. They were successful at club level and believed that would work with England, but it didn’t.

“That set of players were good enough to challenge for any tournament, but it didn’t happen for us and we didn’t really get close either, which was disappointing.

“We had a team of great individuals, but we struggled to perform at our best as a unit and I felt I didn’t show my best with England either.”