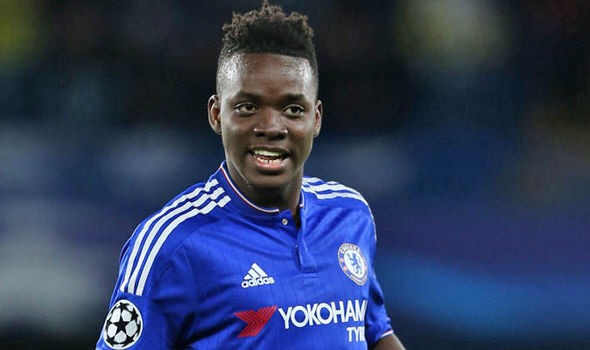 Former Chelsea striker Bertrand Traore has claimed he is open to a move to Manchester United.Traore signed his first professional contract at Chelsea under current Manchester United manager, Jose Mourinho, and he has not ruled out being reunited with the Portuguese manager.

“Manchester United? Why not?

“I will work hard and if opportunities open, why not?”

Talking about his time at Chelsea, the 22-year-old claimed he worked hard, but thought it was ‘almost impossible’ to establish himself as a first team regular:

“I fought, I reached the first team.

“But, in Chelsea, for a player from the training centre, it’s almost impossible to impose yourself as a starter.

“And I wanted to be a starter. I’m proud of what I did there before I left.”

He finally left the Chelsea in the summer, making a €10m move to Lyon, where he has had a good start to life in Ligue 1, and he striker hasn’t looked back.

“Leaving was the best decision for me. There weren’t any guarantees I would play.”

The Burkina Faso International has scored six goals in his 16 appearances for the French side.