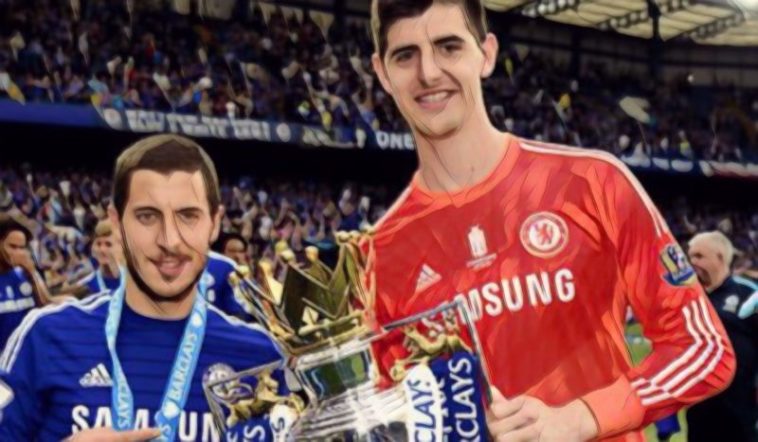 Former Arsenal transfer chief Dick Law has revealed why the club missed out on the signings of Thibaut Courtois and Eden Hazard.

Arsenal had been interested in moves for the highly-rated Courtois and Hazard, before the Belgian duo signed for London rivals Chelsea in 2011 and 2012 respectively.

Courtois and Hazard would go on to establish themselves amongst the Premier League‘s finest talents before big-money moves to Real Madrid, with Law admitting the club’s hierarchy’s refusal to risk Arsenal’s finances saw the North London side miss out.

“We had the financial muscle, but the risk-reward calculation wasn’t clear,” Law told Goal.

“Spending a lot of money on a player that didn’t work out would have really put the club in some financial straits.

“Did we miss out on talents? Certainly. I remember sitting in meetings with Steve, Ivan and Arsene and gnashing our teeth over Thibaut Courtois. We knew he was good.

“Eden Hazard as well, we wanted to do that deal. But there was a sense of responsibility and running the club prudently, all the time knowing that every £1 we spent we had to act as if it was our money. It was very, very difficult.”