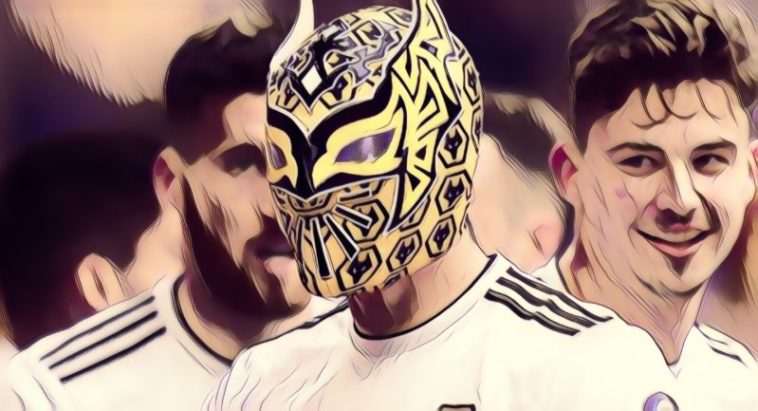 Last week it was announced that Sean Cox will be at the Aviva Stadium for Liverpool Legends vs the Republic of Ireland, which is taking place to raise funds for his rehabilitation after he was attacked before the Champions League semi-final first leg at Anfield last year.

As his wife Martina said in an interview with The Irish Times over the weekend, Sean still struggles with speech and will need assistance for the rest of his life. You can donate to his official fundraising page here.

James Maddison has been the creative lynchpin of Leicester City this season, linking attacking moves like magnetic tiles. The English midfielder had three key passes against Huddersfield Town, as well as an xG of 0.89, bettered only by Jamie Vardy, who scored a brace.

Maddison also put away a well executed free-kick for the Foxes’ third goal, which is becoming a common sight. He is undoubtedly the best newcomer into the league this season, and arguably the signing of the season.

Eden Hazard‘s solo strike for Chelsea against West Ham live on MNF was just outrageous, slaloming past five West Ham players before placing the ball in the corner beyond a helpless Lukasz Fabianksi.

That first defender is the best example of just putting your name on the group project and counting that as participation https://t.co/1lY9aUTBmY

Mo Salah dribbling the ball from within his own half against Southampton was impressive enough, but the finish to give Liverpool the lead on Friday night was exquisite. At first glance it looks as if the Egyptian scuffs the shot or the ball takes a deflection on the way, but seeing it from other angles shows how well he struck it.

Moan of the Week

English football men can be so miserable sometimes. Following Raul Jimenez’s goal against Watford in FA Cup semi-final on Sunday, the striker put on a wrestling mask, adorned with Wolves logos, in the style of WWE star Sin Cara. This moment of joy upset a few people, namely one former and one current Hornets player.

Luther Blissett called the celebration “disrespectful”, and that such celebrations should be “with your fans and teammates and that’s where it should start and end.” Which is exactly what he did, just with a mask.

Troy Deeney echoed that sentiment in his post-match interview, saying that he would have had a go at Jimenez had he noticed it at the time it happened, before calling him a “loser”.

Aside from the fact that goal celebrations are exactly that — celebrations — it should be noted that Jimenez is Mexican, and wrestling is a huge part of his culture, and WrestleMania was also taking place that day, so it seemed like a fun, timely way to debut a frankly awesome-looking piece of headgear.

Now Deeney wasn’t necessarily cognisant of that in the immediate aftermath of his side’s 3-2 extra-time victory, but why is there always someone ready to take a big dump on anything joyful in football? Masks for everyone, I say!

Ashley Barnes became the first Burnley player to score a goal and an own goal in a Premier League game. Not exactly a record you want as a player, but he won’t mind as the Clarets beat Bournemouth 3-1 away from home.

I’m sure we’ve all seen the Gordon Strachan clip by now, where he compares Adam Johnson’s potential return to football with racial abuse. It’s an extraordinary thing to watch:

I’ve seen and heard some stupid things from those in the game over the years but I think Strachan just set a new level for being a moron. pic.twitter.com/uo46TaARWY

The former Manchester United midfielder apologised for “any unintended distress caused”, but it was confirmed by Sky Sports that he will never appear on one of their broadcasts ever again.