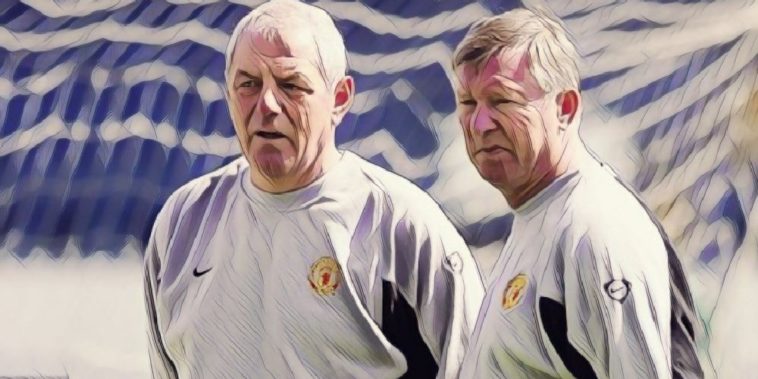 Darren Fletcher has revealed the role Walter Smith played in the development of Cristiano Ronaldo into a goalscoring machine at Manchester United.

Ronaldo arrived in the Premier League from Sporting Lisbon as a raw but talented teenager, before developing into one of the world’s finest talents during six seasons at Old Trafford, winning three consecutive league titles and the Champions League under the guidance of Sir Alex Ferguson.

The teenager’s end product was initially criticised before his well-documented development into a prolific goalscoring talent, and former teammate Fletcher believes the winning mentality of the Manchester United dressing room contributed to the rise of the five-time Ballon d’Or winner.

“There were times he was holding on to the ball too much and his decision-making wasn’t there yet. He had a tough time, he got told a few home truths,” Fletcher told The Lockdown Tactics.

“But he could deal with it, he was a big personality. The growth in the space of a few years in terms of his personal training, gym, he just became this absolute monster of a dedicated professional. And there’s no doubt that environment at Manchester United helped him as well.”

Ronaldo’s younger years saw the winger often toy with opposition and produce a repertoire of tricks and flicks, and Fletcher has revealed that Smith’s removal of fouls in training quickly taught the Portuguese to move the ball quickly and use his physical attributes to get into goalscoring positions.

‘Walter came in and he basically decided to not give fouls in training. I know it was definitely for Ronaldo,” Fletcher revealed. “The boys were flying into each other and Ronnie was getting lumps kicked out of him.

“Before, you wouldn’t get soft fouls but you would get a foul – he’d be taking the mick, draw a foul, win it, laugh, get the ball.

“So Walter just decided there were no fouls now in training. Ronaldo for two weeks was going bananas, ‘Who’s this Scottish guy? What is this?’

“Basically, the lads tackled you anyway at United, but if you knew there wasn’t going to be a foul… Honestly, it’s amazing how quickly Ronnie started moving the ball and running because he knew he wasn’t going to get a foul, so there was no point hanging on to it.

“And then he started to score more goals and get in more goalscoring positions. Listen, it’s a small little thing but I feel the second half of the season under Walter Smith he made a big step. Don’t get me wrong, he made massive progressions off the back of that.

“But it was just a small little thing for a few weeks that I remember Ronaldo absolutely raging about, quickly accepting and then all of a sudden started taking one and two touch and passing and running more without the ball, and started scoring more goals.

“I think something clicked in him like, ‘Oh, the skills are good but now this coaching style has made me recognise that if I move the ball quicker and run, with my physical attributes, I’m going to become more effective’. Great management, again.

“You talk about Alex Ferguson, Walter Smith is right there beside Sir Alex Ferguson, let me tell you. An unbelievable manager and a great guy. He had a massive impact at Man United in six months, all the lads still speak highly of him. A fantastic man and coach.”