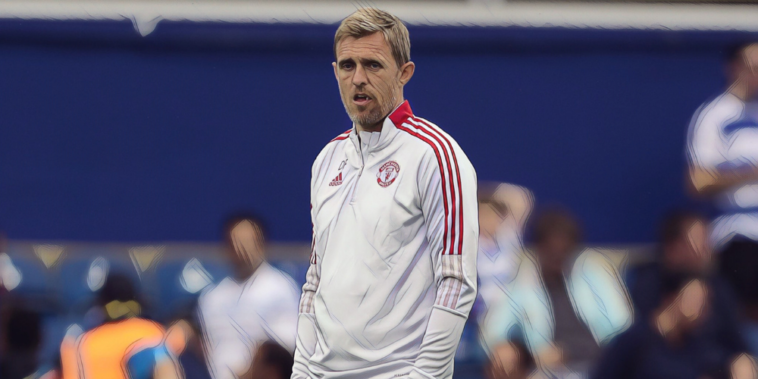 Elanga has impressed since being handed his chance under Ralf Rangnick in recent weeks, with the teenager coming off the bench to score crucial goals against Leeds and Atletico Madrid.

The 19-year-old has made a positive impact since stepping into the senior side and his emergence has impressed Fletcher, with the Red Devils’ technical director revealing he is working closely with the academy staff as the club look for the next starlets ready for promotion.

“That pipeline of Academy talent is a massive part of who we are as a club,” Fletcher told a Fans Forum. “Anthony [Elanga] has done brilliantly since he broke into the first team, and Hannibal has also been more involved in the squad recently.

“I’m working closely with Nick Cox, as Head of Academy, to look at the long-term strategy for bringing players through.

“We have to manage the balance between allowing them to develop and creating the right steps for that, without piling the pressure onto them.”

Fletcher said that a number of youngtsers will be given a chance to impress during pre-season, with Tahith Chong, Teden Mengi and James Garner among those currently gaining experience in the Championship.

Brandon Williams has also secured regular football at Premier League level with Norwich, whilst Amad Diallo moved to Scotland last month to join Rangers and their pursuit of retaining the Scottish Premiership title.

“We currently have 13 young players and Academy products on loan and playing regularly in other divisions or leagues,” said Fletcher.

“All of them are doing really well on loan and we’re excited to bring them back in pre-season to see how they fare with our first-team players.”

Read – Player Analysis: Why is Romelu Lukaku underperforming at Chelsea?