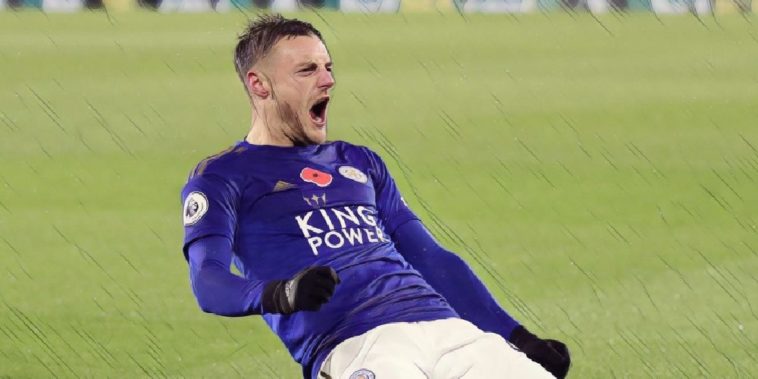 Shots on target is one of the most commonly used statistics in football and one that can be very useful in determining the quality of a team’s attackers.

While other metrics like expected goals and total shots have become increasingly popular of late, shots on target remains a valuable tool and it is used in almost every broadcast and statistical breakdown of football matches worldwide.

On the face of it you would expect shots on target to be highly indicative of a team’s level of success but, as this list is about to show, that is not always the case in the Premier League.

Resurgent in recent weeks under Ralph Hassenhuttl, Southampton come fifth on this list with 37% of the shots they have taken this season having been on target. With Danny Ings in red hot form up front and James Ward-Prowse one of the finest dead ball specialists in the Premier League this should perhaps be no surprise, but given Southampton were in the relegation zone until fairly recently, it is somewhat unexpected.

From a total of 300 shots, which is more than Spurs and Arsenal have managed, 111 have been on target, meaning the Saints rank ninth for total shots and seventh for total shots on target. These are impressive statistics for a team sat ninth in the Premier League table, with their 111 accurate shots resulting in 31 goals scored.

The issue for Southampton early on this season was not so much scoring goals, but conceding them, with Hassenhuttl’s side having let in 42 goals from 24 matches. Granted, they did concede nine at home to Leicester City, but they still have the third worst defence in the Premier League.

The man responsible for most of Southampton’s shots has been Ings, with the former Burnley and Liverpool striker taking 58 shots so far. That equates to Ings taking more than one sixth of the Saints’ shots, while the England international has scored 14 times from those 58 shots. His individual shooting accuracy is also higher than the team’s, with 45% of his shots being on target. Southampton’s second top scorer Ward-Prowse has also been shooting often and accurately, with 46% of his 35 shots hitting the target and resulting in four goals.

Despite their creativity struggles in midfield following the absence of Paul Pogba, Manchester United have been prolific and accurate shooters this season. Ole Gunnar Solskjaer’s side are ranked fourth overall for total shots and total shots on target, with 38.7% of their shots hitting the target.

Currently sat fifth in the Premier League, United have scored 36 goals from their 24 matches and have won nine games. With accomplished forwards like Anthony Martial and Marcus Rashford it is no surprise they rank highly, although the latters absence will likely impact their shot quantity and accuracy.

In the top-flight this season United have taken 357 shots, just three fewer than league leaders Liverpool, with 138 of them hitting the target. Only Liverpool, Chelsea and Manchester City have had more shots on target, with Jurgen Klopp and Frank Lampard’s sides registering 142 and 141 accurate shots respectively. However, they have both converted more of their accurate shots into goals, scoring 54 and 41 goals each. United actually rank sixth in total for overall goals, despite the impressive number of shots on target they have taken.

Despite being the top scorer in the Premier League this season, Jamie Vardy is outside the top 20 for most shots, but sits tied third for most strikes on target, with 32 accurate efforts. Of those 32 shots on target, a remarkable 17 have resulted in goals, while he has taken just 52 shots in total. This gives him a shot accuracy of 62% so far this season. In fact, Leicester’s most common shooter this season has been James Maddison, who has taken a total of 56 shots. Of those 56, just 16 have been on target, while he has scored six goals. As a result, Maddison’s shot accuracy is 29%, far lower than Leicester’s overall shot accuracy of 39.4%.

The Premier League leaders Liverpool have been hugely impressive in all areas this season, failing to win just one of their 23 matches so far. However, one table they do not lead is the percentage of shots on target, where they fall just short in second. Overall, 39.4% of Jurgen Klopp’s sides 360 shots have been on target, with his side ranking third for total shots and second for total number on target. From their 142 shots on target, Liverpool have scored 54 goals which is also the second most in the Premier League.

Liverpool players rank highly on the list of most prolific shot takers, with Mohamed Salah, Roberto Firmino and Sadio Mane all inside the top 20, with only Raul Jimenez having taken more shots than Salah. The Egyptian is also joint first in terms of most shots on target with 34, while Firmino and Mane are also in the top 10 with 30 and 26 shots on target respectively. However, below Liverpool’s front three, no other player has taken more than 30 shots, with right-back Trent Alexander-Arnold ranked fourth overall with 26 shots in total.

In terms of the front three, Mane is the most accurate shooter with 49% of his shots hitting the target, resulting in 11 goals. For Salah and Firmino, 45% and 42% of their shots hit the target, while they have also managed a further 19 goals between them. Georginio Wijnaldum is the only other player in the Liverpool squad with 10 or more shots on target.

To the surprise of many it is actually West Ham United that have the highest percentage of shots on target, with the east London club the only side in the Premier League to average over 40%. In total, 41.4% of West Ham’s shots this season have been on target, despite the club ranking 11th overall with 101 shots on target in total.

This season, the Hammers have taken 244 shots, 16th most overall, and have scored 27, placing them 14th overall for most goals. However, despite their shooting being accurate, the Hammers sit 17th in the Premier League table, clear of the relegation zone via goal difference alone.

No West Ham player ranks in the top 20 for Premier League players with the most shots, but Sebastian Haller does rank 19th for shots on target with 21. Haller’s 21 accurate shots have come from a total of 47 in the Premier League, meaning he shoots on target 45% of the time. In total, the former Eintracht Frankfurt striker has scored six Premier League goals, making him West Ham’s top scorer.

Aside from Haller, Andriy Yarmolenko and Michail Antonio have both hit the target with 45% of their shots, although no players other than Haller and Antonio have managed more than 10 shots on target. Club captain and regular penalty taker Mark Noble is West Ham’s next highest scorer with four goals, which have come from just six shots on target. In total, Noble has taken 14 shots, with 43% on target.