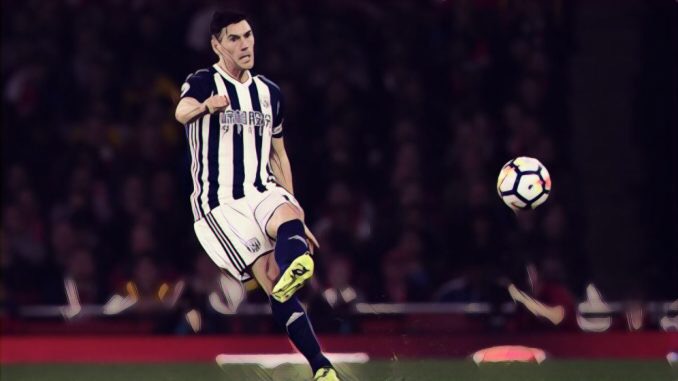 Football is a contact sport and we all enjoy a bit of the physical stuff at times, which is fine if kept inside the rules. The five players on this list have taken that physicality too far more than any others.

Some because they didn’t have the best temperament or attitude and a few because they’re just bad at timing challenges. Either way, these are the five men who have the most yellow cards in Premier League history.

Scholes is an all-time Premier League great. He had an incredible passing range, he could hit thunderbolts and he is widely considered to be one of the most technically gifted English players ever.

The only thing he wasn’t great at was tackling or at least tackling and winning the ball cleanly. I guess maybe he should be praised for having all that technical ability, but still be willing to get stuck in.

However, that fiery nature gained him 97 yellow cards during his time at Manchester United, although in that same time frame he won 11 Premier League titles, so he probably doesn’t mind too much.

A ‘combative centre forward’ would be a good way to describe Kevin Davies as he was a player with a very physical style of play. This occasionally drew some criticism from the opposition, one person being Sir Alex Ferguson, who criticised how the former Bolton captain went about his business when he played against Manchester United in the late 2000s.

In fairness to Davies he was always a hard working striker who was willing to help with the defensive side of the game by closing down and tackling opposition defenders. However, plenty of those tackles were either mistimed or he took man and ball.

Also, he was a big guy so he was always jostling with defenders to win headers and there are going to be times when you give away fouls and get bookings if you are doing that every week.

Lee Bowyer was a Premier League player for 15 years for various clubs. He had plenty of good moments, scoring some great goals and providing some nice assists especially during his time at Leeds.

However, he is probably best remembered for the time when he and Kieron Dyer fought each other during a game in 2005 when they both played for Newcastle. That was a showcase of his bad temperament and situations like these are the reason Bowyer picked up so many yellow cards during his Premier League career.

The combative midfielder delivered plenty of unwarranted kicks to opponents and brutal tackles over those years. His tenacity helped his game at times, but it also meant he picked up a lot of bookings. So, it is no surprise he makes this list.

Speaking of having a bad temper, Wayne Rooney has the second most amount of bookings in the history of the Premier League. In fairness to Rooney his attitude has improved a lot over the years. He still picks up the occasional yellow cards for bad challenges and abusing officials, but it’s nowhere near as bad as it used to be.

Earlier in his career he would get wound up a lot on the pitch which led to a lot of kicks, stamps, elbows and mouthing off to the referee. The former England captain used to really struggle to keep his emotions in check.

This didn’t overshadow the quality he has shown over the years, as his 208 goals and five Premier League titles attests to. Rooney is still currently playing so he is probably going to pick up more bookings in the future, however it is unlikely he’ll catch up to the player who has got the most ….

Another current player, Gareth Barry. The former England international is unlucky to be at the top of this list because he’s never really seemed to have a bad attitude or temperament. Instead he plays in a defensive midfield position where picking up bookings is commonplace, not to mention that he is the all time EPL appearance maker.

That’s not to say he is perfect, as he has committed plenty of mistimed challenges over the years and has picked up many deserving bookings. However, rarely do you see Barry kicking or stamping on players and if every player had played the same amount of games as Barry has then he would probably not make the top five of this list.

Unfortunately for Barry, that’s not the case and he holds the record of picking up the most yellow cards in Premier League history.