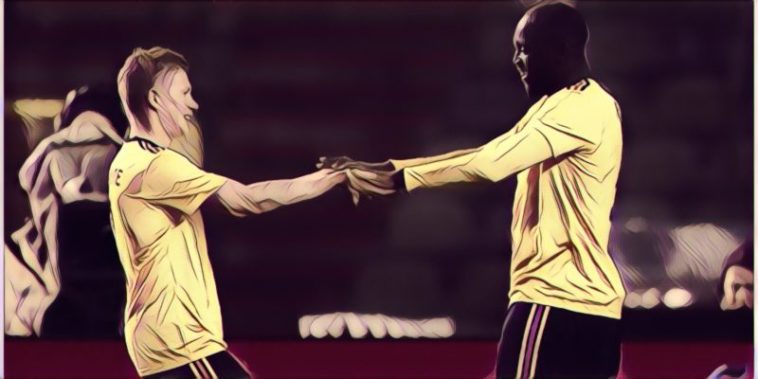 Belgium are many people’s dark horses for this summers World Cup in Russia, and no wonder, as they have a squad packed with some of the Premier League top six club’s best players.

The Red Devils are of course in England’s group and such is the quality at their coach Roberto Martinez’s disposal, they are clear favourites to qualify in first place from a pool that also includes Tunisia and Panama.

Manchester United striker Romelu Lukaku reckons his country have one of the strongest sides on paper going in to the tournament, and when they can call on the like of Kevin De Bruyne, Jan Verthongen, Vincent Kompany, Eden Hazard, and many more it’s easy to see why.

However, Belgium have flattered to deceive in previous tournaments after being tipped to make a major impact, so the United striker reckons keeping a low profile and doing their talking on the pitch is the best way to success this time around.

“A few years ago, before we went to Brazil (World Cup 2014) and France (Euro 2016), I was always saying I want to go to the final and win the tournament, because talent-wise I think we have one of the most talented teams,” said Lukaku.

“But at the end of the day, from the past experiences that I’ve learned, that’s not the best thing to say. You have to show your talent and ambition on the pitch.

“For us now we are using these three weeks to make sure we are prepared, and make sure we win as many games as possible. If you do that, you can have a lot of nice results.”