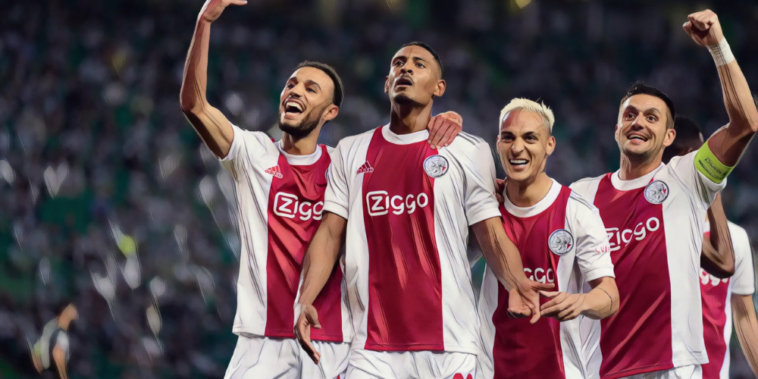 Football fans attend European stadiums in their masses looking to be entertained each weekend, each arriving with the hope for goals, drama and much more.

We’re just past the mid-way point of the 2021/22 season and Europe’s domestic divisions have seen plenty of thrilling action across the campaign’s opening months.

As we enter further into 2022 and look ahead to the season’s run-in, we’ve decided to look at some of the most entertaining teams around at present.

As soccer betting continues to grow in popularity it is often the most exciting and high-scoring teams that offer the best variety of odds for punters.

With that in mind, here are five of the most exciting football teams to watch in 2022.

Ajax continue to enhance their status as neutral’s favourites and a historic giant is in the midst of a fine period at present, as Erik ten Hag’s side seek a third consecutive Eredivisie title.

The Dutch side continue to produce precociously gifted prospects with the likes of Jurriën Timber and Ryan Gravenberch the latest off the club’s production line of exciting talents.

Dusan Tadic remains the club’s creative force, whilst another ex-Premier League name in Sebastien Haller has been revitalised since swapping West Ham for Amsterdam.

Ajax in all competitions so far this season:

The Ivory Coast international has scored 35 goals in just 47 appearances for Ajax, including becoming the first player ever to score in his first six Champions League appearances this season.

Having seen the side that reached the Champions League semi-finals in 2018/19 broken up, Ten Hag has rebuilt Ajax and the side look well-placed to upset Europe’s elite again in 2022.

Ajax have averaged over 3 goals-per-game in the league this season and progressed to the Champions League’s last 16 with a flawless group stage record of six wins from six games.

Fulham have bounced between England’s top two divisions in recent seasons, but are taking the Championship by storm this term as the west Londoners look to bounce back immediately from last season’s relegation.

Marco Silva’s side are five points clear at the top of the division and have scored a staggering 73 goals in just 27 games so far, including scoring 4+ goals on nine different occasions in the Championship this season.

That haul includes 7-0 away wins at both Reading and second-placed Blackburn Rovers, whilst the Cottagers have scored an astonishing 22 goals in their four league fixtures in 2022 to date.

🔥🔥🔥 Fulham are the 6th team in senior English league history to score 6+ goals in 3 successive matches, after:

Summer signing Harry Wilson (8G, 10A) has been another valuable contributor and a free-scoring Fulham look set for an instant return to the Premier League on current form.

Bayern Munich could be the best team in world football right now with the German giants heading towards yet another Bundesliga title success.

Bayern are six points clear of Borussia Dortmund in their pursuit of a tenth consecutive title, with the Bavarians having scored 65 goals from their 20 games so far this season.

Julian Nagelsmann’s side have scored in each of their Bundesliga fixtures so far this season, whilst their shock defeat to Borussia Monchengladbach in the DFB-Pokal ended a run of 85 consecutive competitive games scored in.

Robert Lewandowski and Serge Gnabry are Europe's most prolific duo.

The Bayern Munich pair have 33 goals between them 🤯 pic.twitter.com/B2udl6VliL

It’s a stunning total that has been led by the goalscoring genius of Robert Lewandowski, who has already amassed 34 goals in all competitions so far this season.

The Poland international is supported by the scintillating speed and skill of Leroy Sane and Serge Gnabry and the side who beats Bayern this season will have a strong chance of Champions League success.

Liverpool might be playing catch-up to the juggernaut that is Manchester City at present, but the Reds’ goalscoring form this season means the Merseysiders still have a faint chance of overhauling the league leaders.

Jurgen Klopp’s side have scored 58 goals from their 22 league games so far this season, with only Bayern Munich having managed more across Europe’s major leagues.

Mohamed Salah has been in sublime form this season to lead the Premier League for goals and the Egyptian international remains the leading light of a forward line with various avenues to goal.

Sadio Mane and Diogo Jota have both reached double figures for the season in all competitions, whilst full-back duo Trent Alexander-Arnold and Andy Robertson continue to set the standard for creativity amongst defenders.

There has been an average of 3.5 goals-per-game in fixtures involving Liverpool this season, their higher numbers for both goals scored and conceded giving the Reds the edge of Manchester City in terms of watchability.

Atalanta have won admirers for their attractive brand of football in recent campaigns, the Serie A side continuing to punch above their weight and compete at the top end of Italian football.

Gian Piero Gasperini has transformed the side from relegation candidates to European regulars, all in a free-flowing and versatile 3-4-1-2 system that adapts and changes in game.

Atalanta have finished as the league’s leading scorers in each of the past two campaigns to secure successive third-place finishes, whilst Gasperini’s charges are fourth at present during the current season.

Inter Milan and AC Milan are the only two sides to have netted more than their 44 goals so far, whilst their Champions League campaign – whilst unsuccessful as the club finished third to drop into the Europa League – was packed full of chaotic clashes.

Young Boys vs Atalanta had some seriously good goals! 🤤🤤🤤

Just one of their six group games had less than four goals involved, as Atalanta shared high-scoring draws with Villarreal (2-2), Manchester United (2-2) and Young Boys (3-3) and lost 3-2 thrillers to both United and Villarreal.

With mercurial talents in Josip Iličić and Luis Muriel in their ranks, Atalanta will be a difficult proposition in the latter rounds of the 2021/22 Europa League.