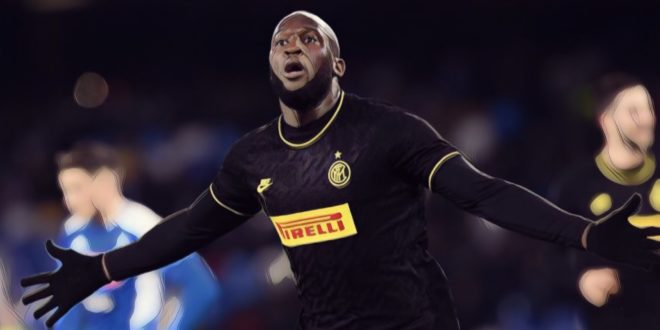 Harry Diamond 25/01/2020 Five of the Best, Opinion/Features Leave a comment

Christian Eriksen looks set to become the latest Premier League star to head to Italian football, the Tottenham playmaker set to undergo a medical ahead of a move to Inter Milan.

The Danish international will be following a well-trodden path in recent years, with a whole host of players having decided to swap England’s top flight for Serie A in the past few seasons.

Ahead of Eriksen’s move to the San Siro, we’ve decided to profile some of the very best former Premier League stars currently plying their trade in Italy’s top flight.

Ask any Arsenal fan, and they’ll probably tell you that they didn’t predict the levels Szczesny would reach upon his decision to leave the Emirates in search of first-team football.

The Polish international would make 181 appearances in all competitions during his time in north London, winning two FA Cups, but rarely looked like the goalkeeper currently holding the number one position at serial Italian champions Juventus.

Szczesny would find himself at a crossroads at Arsenal upon the arrivals of Petr Cech and David Ospina, opting to join Roma on a season-long loan, impressing for the capital club and extending his stay for a second season.

After two seasons in which he helped Roma secure Champions League qualification, Szczesny would make the move to Juventus as back-up to Gianluigi Buffon, eventually becoming first-choice following the departure of the all-time great to Paris Saint-Germain.

Back-to-back Serie A titles have been secured alongside a Coppa Italia success, Szczesny maintaining his position as number one despite the return of Buffon after a single season spent in Paris – leading him to jokingly come to a conclusion on his progress since leaving the Premier League.

“Recently I said that when I was backup at Roma, it was to the best goalkeeper in the world, Alisson, who’s now at Liverpool,” Szczesny told the Polish TV channel Przeglad Sportowy.

“Now at Juve my substitute is one of the greatest players in history. The conclusions are that I’m probably the best in the world and in history.”

Another player to have swapped Arsenal for life in Italy’s top division, Ramsey would bring his Gunners’ career to an end after over a decade at the club to join Juventus on a free transfer last summer.

The Welsh international has been at the forefront of the north London side’s successes in recent times, winning three FA Cups including twice scoring the winning goal in Wembley finals.

Despite that hat-trick of titles, success has been harder to come by in recent years for Arsenal and led Ramsey to consider a move away – whilst the club’s decision to withdraw their offer of a new contract ushered the midfielder towards the exit door.

Ramsey would instead join the growing list of stars to have arrived in Turin on a free transfer, Juventus having benefitted from the Bosman ruling in outstanding fashion with a series of fine acquisitions in recent years.

The 29-year-old is the latest shrewd pick-up by Juve and joins a wealth of midfield talent at the Allianz Stadium, Ramsey having scored twice in 18 appearances in all competitions for Maurizio Sarri’s side, who currently lead the title race and are on course for a ninth successive Scudetto.

One of the most consistent goalscorers in the Premier League over recent seasons, Inter Milan would break their transfer-record to secure the signing of the Manchester United forward in a €80m deal last summer.

Lukaku had scored prolifically during spells in English football with West Brom, Everton and United, but despite his fine record in front of goal was often a maligned figure during the second of his two seasons at Old Trafford.

Since moving to Italian football Lukaku has been a man reinvigorated, however, scoring 18 goals in all competitions to fire Inter’s pursuit of the Serie A title.

Antonio Conte had long been an admirer of the powerful Belgian, and the former Chelsea boss is now reaping the rewards of the 26-year-old’s ability as he spearheads the club’s charge towards silverware.

Only Ciro Immobile and Cristiano Ronaldo have scored more Serie A goals than Lukaku this season, the forward having made an instant impact upon his arrival in Italy.

Who would of thought it?

Deemed surplus to requirements at Manchester United, Smalling has enjoyed a huge renaissance since swapping life in the Premier League for the Italian capital.

Out-of-favour for both club and country, Smalling would move away from the familiarities of England and join Roma on a season-long loan deal, where he has quietly impressed as one of the most consistent defenders in Serie A so far this season.

The move has proven to be a new lease of life for the 30-year-old, his performances having seen him linked with moves to the likes of Arsenal and Juventus, though Roma will be keen to secure the permanent signing of a player who has quickly become a fixture in their backline.

After stagnating somewhat following nine years at Old Trafford, the centre-back seems to be enjoying his football once more as Roma push towards Champions League qualification, speculation even mounting that Gareth Southgate is considering an England recall ahead of Euro 2020 for a player who had previously been cast into the international wilderness.

Perhaps the most successful Premier League export of recent times, Dzeko would leave Manchester City for Roma in search of regular first-team football having seen his minutes often restricted despite a successful period at the Etihad.

Dzeko’s time in England would deliver two Premier League titles amongst his list of honours, whilst the Bosnian would also fire an impressive 72 goals in 189 appearances during a four-and-a-half year spell in Manchester.

He would sign for Roma on an initial season-long loan deal and after ten goals in all competitions would sign permanently, where he would begin to truly thrive as the main attacking focal point for the Giallorossi.

Dzeko would win the Capocannoniere award after finishing as Serie A’s top scorer with 29 goals the following season, part of a huge tally of 39 in all competitions – breaking the record for the most prolific campaign by a Roma player in history.

The goals would continue to flow regularly for Bosnia’s all-time record scorer, Dzeko having hit 98 goals in just 204 appearances for Roma where he is now vice-captain, remaining a key part of their side as he enters the twilight years of his prolific career.

Read – Five Serie A stars who flopped in the Premier League