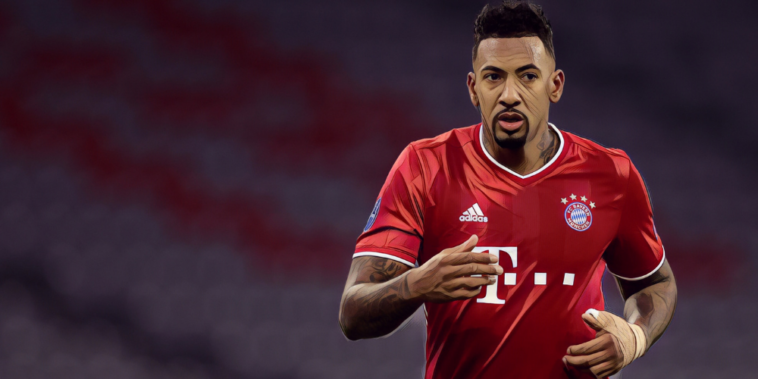 July has arrived which means the official expiration of players contracts, and whilst several of this summer’s free agents have already found new homes, there’s plenty whose futures remain undecided.

Lionel Messi headlines the list of players yet to sign a new contract, though the Argentina international is expected to put pen to paper at Barcelona despite agitating for an exit last summer.

Following the expiry of deals across the continent, we’ve decided to look at five of the most intriguing free agents yet to find a new club.

Jerome Boateng is another player who has enjoyed incredible success at the highest level over the past decade, with the defender’s exit from Bayern Munich marking the changing of an era at the Allianz Arena.

Boateng has won nine consecutive Bundesliga titles and two Champions League trophies with the German giants, though the signing of Dayot Upamecano from RB Leipzig has seen the defender deemed surplus to requirements this summer.

He made 39 appearances across all competitions in 2020/21 and at 32 could prove a valuable addition for sides seeking defensive reinforcements, with Tottenham, Monaco and Hertha Berlin amongst those linked.

Boateng has stated that he believes he can play at the top level for another ‘two or three years’ and has said he wants his next club to be a side with ambition.

It wasn’t so long ago that Elseid Hysaj was being linked with a big-money move to the Premier League, the versatile Napoli full-back having been a reported target for Chelsea during Maurizio Sarri’s reign at Stamford Bridge.

Chelsea are understood to have failed with a £43m bid for the Albania international two seasons ago, though could sign Hysaj on a free transfer this summer after the defender’s decision to leave Napoli.

Hysaj – who is comfortable in either full-back position and played in midfield on occasion during the 2020/21 campaign – has made 225 appearances across six seasons with Napoli, after signing from fellow Italians Empoli.

The 59-cap international has been linked strongly with a move to Lazio, who are currently managed by former Chelsea boss Sarri, though could be a shrewd signing for any Premier League side if a deal is able to be hijacked.

John Lundstram may not command the same pedigree as the players already mentioned on this list, but at the peak of his career and a proven Premier League performer he is likely to attract serious interest after leaving Sheffield United.

The midfielder starred during the Blades impressive return to the top-flight during the 2019/20 season, scoring five goals and providing a further three assists as Chris Wilder’s side upset the odds to finish ninth.

Lundstram’s box-to-box running was a fundamental part of Sheffield United’s game-plan, though the club’s struggles and subsequent relegation last term has persuaded the 27-year-old to walk away from Bramall Lane.

Burnley and Crystal Palace have been linked with the former Everton academy graduate and it is easy to see Lundstram slotting into either squad, whilst the prospect of Champions League football could persuade the star north of the border with Rangers reportedly admirers and considering a move.

Josh King will be on the move once again this summer after leaving Everton, the forward having signed a short-term deal with the Merseyside club in January after leaving Bournemouth.

The move failed to work out as hoped for the Norway international, failing to start a single league fixture and making just 11 goalless appearances under Carlo Ancelotti.

King’s arrival was designed to add depth to the Everton forward line, but he now finds himself in search of a new challenge with a host of Premier League clubs – including Newcastle, Southampton, Aston Villa, West Ham and Burnley – all linked with the free agent.

Still just 29-years-old, King scored 48 goals in the Premier League across five seasons with Bournemouth and his ability to operate in a number of roles across the frontline is sure to appeal to top-flight sides seeking cost-efficient signings in a pandemic-impacted market.

Another name routinely linked with the Premier League in recent seasons, Nikola Maksimovic has followed Hysaj in leaving Napoli at the expiry of his contract.

The Serbia international has spent five seasons with the Neapolitan club after signing from Torino, making 99 appearances across all competitions and forming part of the side that won the Coppa Italia in 2019/20.

The 29-year-old struggled for regular minutes in Serie A last season and started just 12 fixtures, though a number of Premier League clubs are reportedly considering handing the 6ft 4in star an opportunity.

West Ham have been strongly linked as David Moyes seeks centre-back cover, whilst Crystal Palace, Sevilla and Real Betis are all rumoured to have submitted proposals to the player and his representatives.

Read – Player Analysis: Why Jadon Sancho is the perfect fit for Manchester United