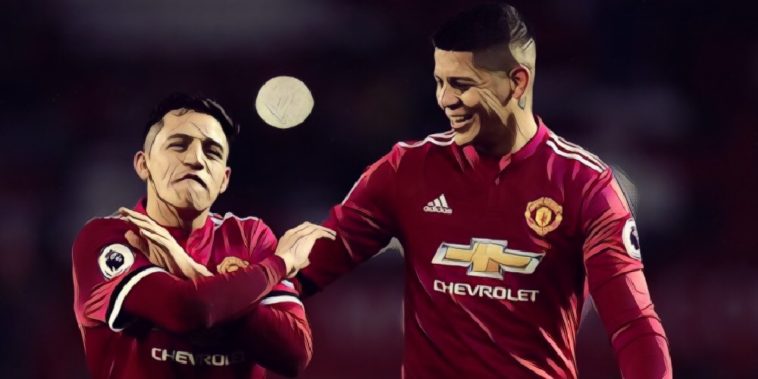 Manchester United fans were delighted back in January when they heard their team had captured Alexis Sanchez from Arsenal. However it wasn’t a view shared by United defender Marcos Rojo:

The defender, who has come up against Sanchez while playing at both club and international level,has admitted that he never used to like him, and intentionally used to kick him:

“Alexis is a great player, but we didn’t used to get on out on the pitch,” he told Argentinian outlet TyC Sports.

“Every time we came up against one another, whether in internationals or when United played Arsenal, I would give him a good kicking — and he did the same to me.

“On top of that I used to insult him, and he would reply in kind.”

Rojo revealed that he wasn’t particularly pleased when he heard that Sanchez was swapping the Emirates for Old Trafford:

The 27-year-old Argentina international also revealed that Jose Mourinho knew about his dislike for the Chilean, and jokingly told him not to injure him in training:

“He told me: ‘We’re going to sign Alexis. I don’t want you smashing him up in training tomorrow’.

“He burst out laughing.”