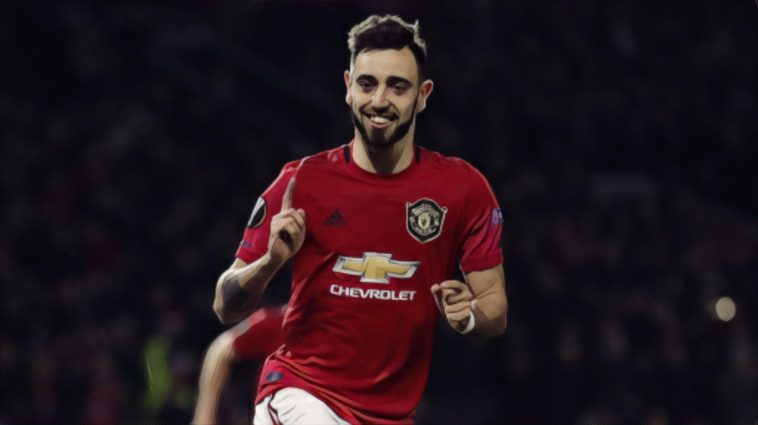 Bruno Fernandes has admitted that he is still aiming to improve, despite his influential role in guiding Manchester United to an unlikely third-place finish last season.

The Portuguese international arrived from Sporting Lisbon in late January after a long drawn out transfer saga, before going on to put together a string of inspired displays as United enjoyed a remarkable end to the 2019/20 season.

The creative midfielder netted an impressive eight Premier League goals in just 14 appearances at the back end of last season and has quickly emerged as the new focal point of Ole Gunnar Solskjaer’s side.

Despite that, positive end to the season Fernandes is keen for better and believes that his side’s aim should be ‘to reach finals and win titles’ this year, having come up short in all three cup competitions last season.

“We made it to three semi-finals, I was in two of them, and we were unable to reach the final and that affects any player. This year the goal is to reach the finals and win titles, which is Manchester United’s goal,” Fernandes told Record [via SportWitness].

“Unfortunately, we didn’t get those two, but we managed to get a third-place finish, which was to get a place in the Champions League.”

On a personal note, the former Sampdoria man is also seemingly unsatisfied with resting on his laurels despite such an impressive start to life at Old Trafford, the player looking to ‘always do better’ and improve upon last year’s exceptional explosion into English football.

“I am a person who likes to put pressure on game after game, season after season. I always like to improve my numbers, to always do better.”

“Obviously this season is no exception, I want to do more than I did last year.”