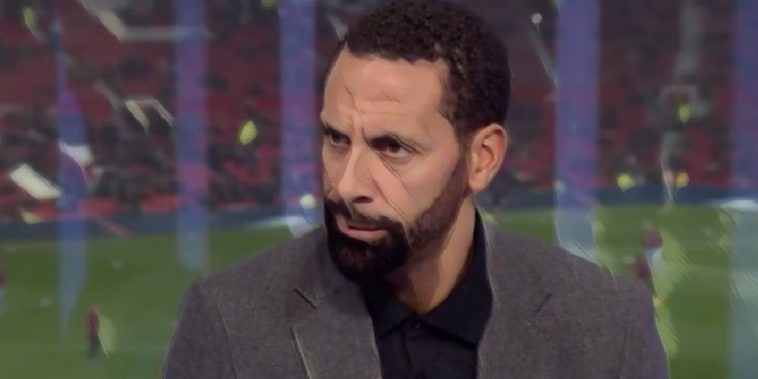 Ole Gunnar Solskjaer’s side suffered a huge setback in their bid to secure a top four finish and Champions League qualification, the club jeered by their own supporters as goals from Chris Wood and Jay Rodriguez secured the Clarets a shock away victory.

It was the latest dismal showing in a season of disappointment for the Red Devils thus far, the club looking void of any attacking ideas in the absence of the injured Marcus Rashford as their lack of strength in depth became visibly apparent.

The club’s eighth league defeat of the season now leaves Solskjaer’s side six points adrift of fourth-placed Chelsea, and the pressure is likely to continue to increase on the under-fire Manchester United boss.

Ferdinand blasted the lacklustre performance of his former side, blaming the club’s poor recruitment in recent seasons for the sharp decline in their on-field fortunes.

“I am a football fan. I love this club and want it to do well,” Ferdinand told BT Sport.

”Since that point (beating PSG last year) it has been a rocky road. It is not just one area. It all needs to be brought together and it needs someone to come in with a vision to do that.

“You look at some of the players that have come in – were these players ever Manchester United players, really? Who is buying these players? The manager who wanted them for now or the club?

They are the 13th different away team to win at Old Trafford in the @premierleague since Sir Alex Ferguson retired in 2013 pic.twitter.com/mB9vSbOIoL

“£600m has been spent on this squad and the best players this season have been home grown talent. That speaks volumes about the recruitment. It tells you how shoddy it has been.

“Look at Liverpool, they buy the best players to fit in their system. It is not a short term fix. Total opposite end of the scale here.”

United’s poor performance led to a mass exodus within their Old Trafford stadium, a toxic atmosphere forming at the hallowed ground and seeing the home side jeered.

Ferdinand admits the scenes were unusual to see from the club’s notoriously loyal fanbase, but says the club’s ‘remarkable’ downward spiral has led to the hostility from the home support.

“84th minute I saw people get up and go. That is unheard of at this stadium. Seeing people leave with disdain on their face. It is an embarrassment. The downward spiral in seven years has been remarkable.

“I have played with Ole, he is an ex team-mate of mine but the results have not been good enough. He has had some key players get injured but with the big amount of money spent on this squad you would expect more in reserve.”