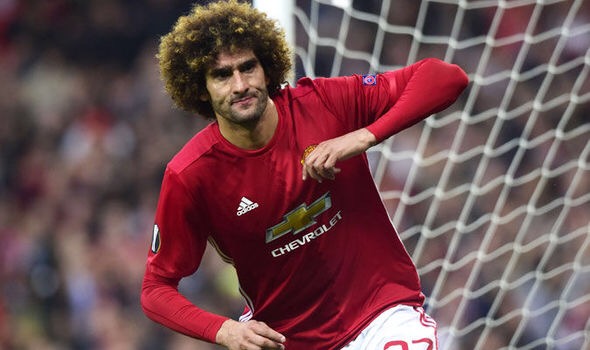 Manchester United midfielder Marouane Fellaini is being linked with a summer exit from Old Trafford.

The Belgian arrived at Old Trafford back in 2013, becoming the first arrival at the club of the ill fated David Moyes’ era, after completing a £27.5m transfer.

He had a difficult first season under the Scotsman, failing to score a single goal under the former Everton manager as he made a paltry 21 appearances. Since then, he has managed to force himself into the reckoning of both of Moyes’ successors, making 133 appearances in total, scoring 15 goals.

During his time at United, he has helped the club to glory in the FA Cup, EFL Cup, UEFA Europa League and Community Shield, but could now see his career in the Premier League come to an end.

Reports in Turkey claim that the midfielder has agreed personal terms with Galatasaray, with the club’s sporting director Cenk Ergun revealing that they want Fellaini. Speaking to Ajansspor he said:

“We have a surprise name for a position. We have had talks with Marouane Fellaini.

“We need a player like Fellaini who can shuttle around in midfield.

“We have made an approach, we are close.”

Fellaini is a player who divides opinion among the Old Trafford Faithful, with some recognising him as a useful squad player, while others believing he should be nowhere near the Premier League giants.