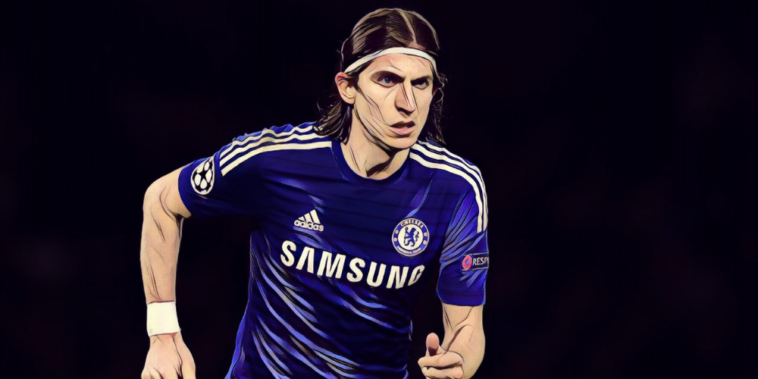 Filipe Luis has recalled his brief spell at Chelsea and has opened up on the talents of Mohamed Salah, Eden Hazard and being ‘betrayed’ by Jose Mourinho.

Luis signed for Chelsea in a £15.8m after impressing during a four-year spell at Atletico Madrid, arriving at Stamford Bridge after forming part of the side that were crowned Spanish champions – alongside reaching the Champions League final – in 2013/14.

The move failed to work out as hoped and the left-back made just nine league appearances after struggling to win favour under Jose Mourinho, with Cesar Azpilicueta often preferred at left-back.

Speaking in an interview with the Mail, Luis said: “When I was on the bench for the first game of the season I knocked on Mourinho’s office door and said: ‘Why did you bring me here? Why didn’t you just leave me at Atletico?’

“He said that he didn’t feel as secure defensively with me in the team as he did with Azpilicueta. He said I had to win my place. I couldn’t expect that because of my name I was going to be first choice. He was right. I wasn’t playing well. But I also think you have to be on the pitch to improve.

“I never regretted the move because I was at one of the biggest clubs in the world but everyone wants to play!”

Luis spent just one season with Chelsea before returning to Atletico Madrid at the end of the 2014/15 campaign, though departed having won the Premier League during his sole season in English football.

The Brazilian also won the League Cup, but has revealed how he made a decision to leave after being left out of Chelsea’s starting side for the final against Tottenham, having played every single fixture on their way to Wembley.

“At the time I felt betrayed for want of a better word. I did not want to work for Mourinho for another year. But it was not his fault. We won the final and I have the medal at home!”

During his time with Chelsea, Luis was one of a number of frustrated players on the fringes, including Mohamed Salah who failed to make an impact during a two-year spell in west London.

Salah returned to the Premier League with Liverpool in 2017 after a spell in Italy and has since established himself as one of the world’s finest forwards, with Luis admitting the Egyptian’s talent shone through in training.

“In training Mohamed Salah was like Messi,” he said. “It’s a pity not to have played with him more.”

Luis also described Eden Hazard as one of ‘the best players’ he has ever played alongside, recalling how the Belgium international would dazzle despite a relaxed approach to the game.

The full-back believes that Hazard has the ability to be ‘the best player in the world’ but has questioned whether the winger has the ‘ambition’ to reach the very pinnacle of the sport.

“Eden [Hazard] along with Neymar are the best players I have ever played alongside – up there with Messi,” he says. “He didn’t train well, five minutes before the game he would be playing Mario Kart in the dressing room.

“He would warm-up without tying his bootlaces up. But then no one could take the ball off of him. He would dribble past three or four players and win games on his own.

“Hazard has so much talent. Perhaps he lacks a little bit of ambition to say: I am going to be the best player in the world. Because he could be.”

Read Also – Tweets of the Week: Evertonian delirium, Mbappé memefying Pique, and the referee who fronts up