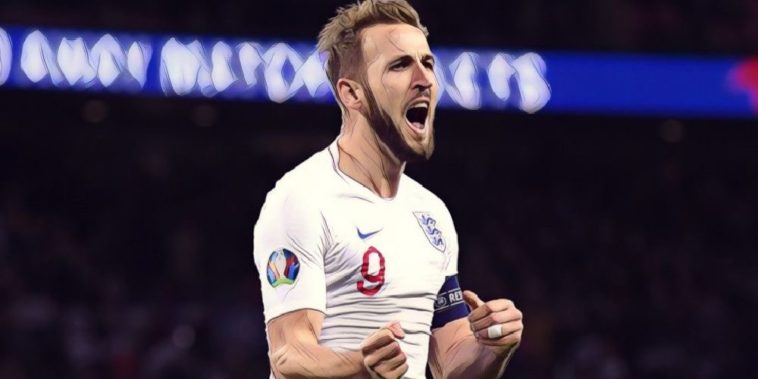 UEFA’s European Championships will return next year following the postponement of the tournament during the summer, with a host of the game’s greatest players preparing to make an impact on the international stage.

The tournament will be the first to feature 24 teams and is expected to provide a festival of football, a chance for several stars to etch their names into the folklore of their respective nations.

We’ve decided to look at some of the players who could make a huge impression next summer, profiling the bookmakers favourites to win the tournament’s Golden Boot.

So for those of you who like to keep up to date with the latest news on MansionBet’s Euro 2021 blog, here are the five favourites to finish as top scorer at Euro 2021:

Memphis Depay is one of a number of players to have benefitted from the tournament’s postponement with the forward having initially been a doubt following a serious knee injury, though will head into Euro 2021 as the spearhead of an emerging Dutch side.

Depay has rebuilt his career since a failed spell at Manchester United and will be tasked with firing the Netherlands to success next summer, with the Oranje hoping to make an impact after failing to qualify for Euro 2016 and the 2018 World Cup.

The 26-year-old has starred for the national side and provided a huge 11 goals and 11 assists in just 18 appearances under Ronald Koeman, who is reportedly keen on a reunion with the star having left his position as Netherlands manager for Barcelona earlier this year.

Successor Frank de Boer will hope Depay can deliver performances of a similar quality next summer, with the Dutch having been handed a favourable group containing Ukraine, Austria and North Macedonia.

France head into the tournament as world champions and are amongst the favourites to win the trophy, as Didier Deschamps’ side look to add the European Championship to their World Cup success.

Les Bleus possess arguably the strongest and deepest squad in world football but the jewell in their crown remains Paris Saint-Germain star Kylian Mbappe, who was named as the World Cup’s best young player in 2018 and has only enhanced his reputation as one of the game’s most exciting talents in the years since.

Mbappe has scored a staggering 61 goals in 58 league appearances since making his move to PSG permanent two-and-a-half years ago, finishing as the leading scorer in French football in each of the past two campaigns.

Making his way up the all-time top scorers list. pic.twitter.com/B6mHUPnslM

The 21-year-old has also registered 16 goals in 39 caps for the national side and will be tasked with leading their charge towards success, his odds of 9/1 enticing for a player of irresistible talent and potential.

The five-time Ballon d’Or winner will once again be the leader of a Portugal side heading into the tournament as holders, looking for a third trophy with the national side after their success in winning Euro 2016 and the inaugural Nations League three years later.

Ronaldo remains amongst the best in the business and his record has only bettered with age, having scored 50 goals in just 52 appearances for Portugal since turning 30.

The 35-year-old is the joint-record goalscorer in the history of European Championships with nine goals across four tournaments and will keen to move past Michel Platini next summer and hold yet another milestone outright.

Portugal have a side capable of reaching the latter stages but will need Ronaldo firing from game one as Fernando Santos’ side bid to progress from a Group of Death containing both France and Germany.

Romelu Lukaku failed to receive the credit his talent deserve during the final months of an indifferent spell at Manchester United, though the forward’s move to Inter Milan has once again demonstrated his ability as one of the continent’s leading goalscorers.

Lukaku has guaranteed goals wherever he has played his football and is in arguably the best form of his career at present, the 27-year-old having scored 46 goals in 65 appearances since making the move to Italy.

It’s been a similar story at international level with his 57 goals comfortably a national side record, a remarkable tally of goals for a player with plenty left in the tank.

Lukaku scored seven goals in qualification for a Belgium side who finished as the leading scorers, plundering 40 goals across their 10 fixtures to finish with a 100% record.

Romelu Lukaku has been directly involved in five goals in his last four games for Belgium.

In scintillating form for club and country. pic.twitter.com/SyKqdF6yLb

This group of players has been labelled as Belgium’s ‘Golden Generation’ for some time and there is perhaps no better opportunity than next summer for Roberto Martinez’s side to deliver.

Winner of the World Cup’s Golden Boot in 2018, Harry Kane is the bookmaker’s favourites to once again lead the scoring charts at another major tournament.

Kane was the leading scorer across qualification with 13 goals in just eight appearances for England, scoring hat-tricks against both Bulgaria and Montenegro as the Three Lions qualified comfortably.

The 27-year-old has begun the new season in sensational fashion for Tottenham and has provided 18 goal involvements in just 11 fixtures in the Premier League this season, the England captain an irreplaceable figure for Gareth Southgate’s side in attack.

Kane’s goal threat and ability to drop deep and create chances for the likes of Raheem Sterling and Marcus Rashford provides England with one of the tournament’s most dangerous forward lines, and few would bet against the star scoring prolifically next summer.

England begin their campaign against World Cup conquerors Croatia on June 13, before a huge clash against Scotland and a meeting with the Czech Republic.