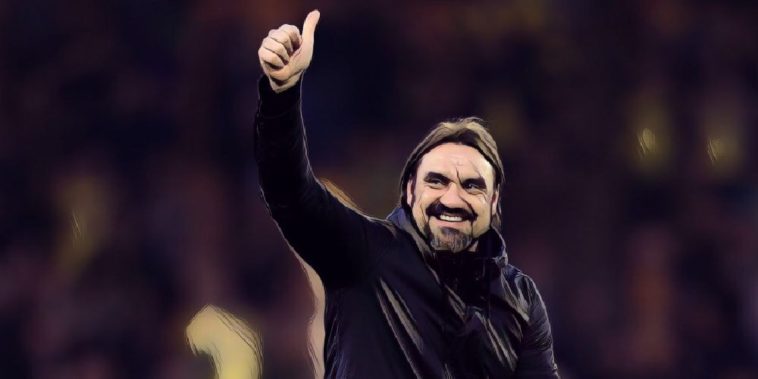 Norwich City manager Daniel Farke says his side are not naive regarding Manchester United’s quality, despite the club’s disappointing start to the new season.

The Canaries face Ole Gunnar Solskjaer’s struggling side at Carrow Road this weekend, knowing a win will move them level on points with Sunday’s opponents who have endured their worst start to a season in 30 years.

Despite the club’s current plight, Farke admits he is relishing the prospect of facing one of world football’s biggest clubs and is anticipating a difficult afternoon against a side he says is full of ‘top class’ talent.

“It’s always a great day to play still one of the best clubs in the world,” he said.

“We know it’s a huge task for us, so it’s an exciting day for everyone involved at Carrow Road. We’re respectful of United.

“Hopefully it’s tough for every opponent to play against us. We don’t want any of them to think it’s easy. They’re not where they want to be at the moment, but all clubs have transition periods.

“David de Gea is a world class keeper, rested just for this game! Harry Maguire is one of the best centre-backs in the world. Paul Pogba one of the best holding midfielders. Anthony Martial, Marcus Rashford, Daniel James, Jesse Lingard… so many good options and top class players. We’re not naive about that.”