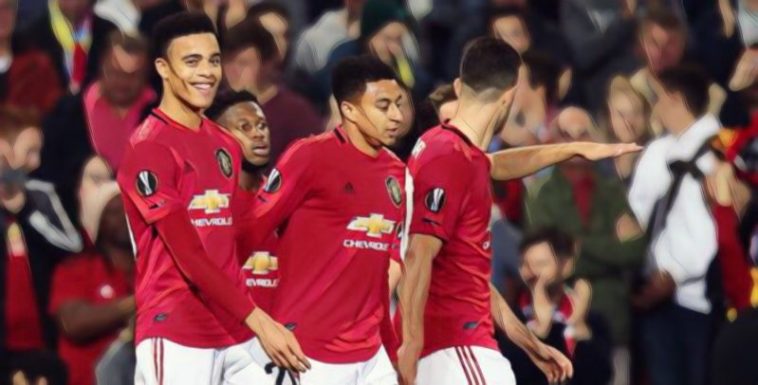 Jesse Lingard is fit for Manchester United’s clash with Norwich this weekend after the midfielder returned from injury in the club’s 1-0 Europa League win over Partizan Belgrade on Thursday night.

The England international has missed the club’s past two fixtures but returned for the win in Belgrade, playing the full ninety minutes as an Anthony Martial penalty ended Man United‘s 11-game winless run away from home and moved the club to the top of Group L.

Despite his struggles this season Lingard’s return was a welcome boost for United given their injury problems in recent weeks, with manager Ole Gunnar Solskjaer saying his ability to field several established stars was a key factor in ending the club’s winless away run.

“I think injuries have made us get into the position where the performances didn’t come and we had fit centre-backs, good centre-backs and quality centre-backs,” Solskjaer said after his side’s win.

The United boss admits the four are doubts for this weekend’s clash with Norwich City, but says the club are working hard on getting them to return to first-team action as soon as possible.

He added: “We’re working very hard to get them fit and, hopefully, we can get them back soon.

“I’m not going to put a deadline on it but it won’t be long, hopefully.”

Read: Solskjaer not impressed with his sides defence despite Man United’s 1-0 win in Belgrade