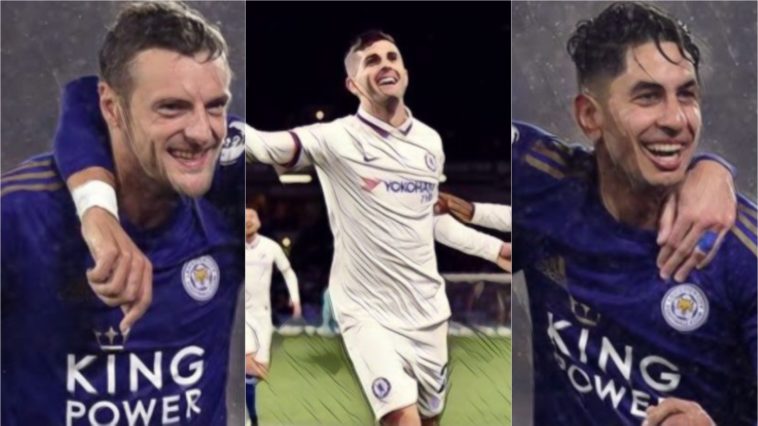 The latest weekend of Premier League action saw some huge points scorers in the world of Fantasy Football, with the weekend’s action seeing THREE hat-trick scorers for the first time since Alan Shearer, Robbie Fowler and a certain Tony Yeboah all netted trebles way back in September 1995.

Here is the Football Faithful’s Fantasy Premier League Team of the Week for Gameweek 10:

Despite conceding three goals during his side’s 3-1 defeat to Manchester United, Norwich City goalkeeper Tim Krul is the highest scoring shot-stopper of the weekend after saving two penalties to keep the score respectable at Carrow Road.

But for Krul it could have been embarrassing for Daniel Farke’s struggling side, the Dutchman twice showing his expertise in saving spot-kicks, denying both Marcus Rashford and Anthony Martial from 12 yards.

His performance earned him three bonus points on top of his two penalty saves, giving the 31-year-old a huge haul of 16 FPL points.

He has only 1.1% ownership and Norwich now look ahead to favourable fixtures through to GW19 #NORMUN pic.twitter.com/mDcH5eNr6l

Premier League Team of the Week for Gameweek 10

Making his first start of the season, Newcastle United defender Fernandez produced an impressive performance in his side’s 1-1 draw with Wolves.

The Argentine defender earned three bonus points following a commanding defensive display, whilst he also proved an attacking threat at the other end by providing the assist for Jamaal Lascelles’ opener at St James’ Park.

The Newcastle captain’s first goal of the season ultimately was not enough to secure Steve Bruce’s struggling side a valuable win, though it was enough to see the defender earn his first double digit score of the FPL season.

Lascelles headed home defensive partner Fernandez’s inviting cross to open the scoring, whilst he was also awarded three bonus points following a solid display. A yellow card was a slight blemish for the budget option, who could be an interesting differential ahead of an inviting looking run of fixtures.

A huge haul for the Leicester left-back, who helped himself to a goal and two assists during the club’s record-breaking 9-0 win at Southampton. The win was the biggest away from home in the league’s history and matched the biggest ever winning margin, equalling Manchester United’s 9-0 thumping of Ipswich in 1995.

Despite the Foxes’ impressive start to the season it was Chilwell’s first double figure FPL score,  with the 22-year-old awarded an additional bonus point, totalling 19 points for the weekend.

Ben Chilwell's 19 points will please his 4.6% ownership who have their sights set on strong upcoming fixtures for Leicester ?#SOULEI pic.twitter.com/58e30w2d85

The second of a mightily impressive four Leicester players to feature in our line up, Tielemans scored for the second successive gameweek to mark him out as one to watch in FPL.

The Belgian international also registered an assist to take his tally for the weekend to 11 FPL points, his haul making him the highest scoring midfielder priced £6.5m or under of the season so far.

A second double-digit score of the season for Youri Tielemans in #SOULEI.

He now has 20 #FPL points in the last 2 GWs. With 4.9% ownership is a strong differential ? pic.twitter.com/rAhigA8bvR

The Chelsea winger has found some fantasy form over the past few weeks, scoring an impressive 35 points over his last four fixtures. He would score once and provide another during Chelsea’s 4-2 win at Burnley on Saturday evening, being awarded two bonus points following another strong showing.

The Brazilian’s long-term future at Stamford Bridge remains uncertain with his contract set to expire in the summer, though he is proving his worth to manager Frank Lampard on current form.

An impressive total of 11 points in Gameweek 10 for the Manchester City star, who scored his first goal since the win at Everton in September during the champions’ 3-0 victory over Aston Villa at the Etihad.

It was the England international who broke Villa’s resolve just 20 seconds into the second half, the 24-year-old once again proving the difference for Pep Guardiola’s side with his seventh league goal of the season.

The first of three hat-trick heroes in our line up, Perez opened his account for Leicester in style by netting a treble in the club’s historic 9-0 win over Southampton.

Classified as a midfielder in FPL despite his tendency to operate in forward areas, the 26-year-old rewarded his 4.5% ownership handsomely with three well taken goals at St Mary’s. The Spaniard’s hat-trick earned him an additional two bonus points, giving him an FPL tally of 20 points for Gameweek 10.

Ayoze Perez (£6.0m) scored his first 3 goals of the season, finishing with 2 bonus for 20 points.

He came into GW10 with just 22 #FPL points ?#SOULEI pic.twitter.com/NQ01mARJbF

It’s taken some time but Christian Pulisic has finally shown signs of justifying the hype. Signed in a big-money deal from Borussia Dortmund back in January, the US international was touted as the direct replacement for Eden Hazard but has endured an underwhelming start to life in the Premier League thus far.

SCOUT: Owned by just 3.0% of #FPL managers, Christian Pulisic (£7.1m) scored his first #PL goals away to Burnley for a 20-point haul pic.twitter.com/pOfLlt9quA

That all changed with a brilliant performance in Chelsea’s win over Burnley, the 21-year-old becoming the club’s youngest ever hat-trick scorer in the Premier League era, notching a perfect treble of left-foot, right-foot and header in the 4-2 win at Turf Moor.

His lack of minutes since his arrival at Stamford Bridge has seen his popularity dip in FPL, though after netting a huge haul of 20 points this weekend, his ownership is likely to increase.

Brighton‘s top scorer netted his fourth goal of the season during their topsy-turvy win over Everton this weekend, cooly slotting home a penalty after VAR awarded a spot-kick for a foul on teenager Aaron Connolly.

Maupay’s goal and performance saw him rewarded with three bonus points, taking his tally to nine for the weekend and 40 for the season.

The top scorer in the Premier League and now the top scorer in FPL, Leicester forward Vardy is enjoying an impressive run of form in front of goal for Brendan Rodgers’ high-flying Foxes side.

The 32-year-old scored a hat-trick and provided an assist as Leicester thrashed Southampton 9-0 at St Mary’s, earning himself three bonus points and a huge haul of 20 for Gameweek 10.

It’s now 40 points in the past four fixtures for the former England forward, with Vardy comfortably out-scoring some of the game’s premium players.

Jamie Vardy, GW10's 2nd most transferred in player, scored 3 & got an assist for his 15.4% #FPL ownership#SOULEI pic.twitter.com/5hxeqoDjKD

Want to join our writers in The Football Faithful’s Fantasy Football League? Use code ‘m7yqqi’ to join!