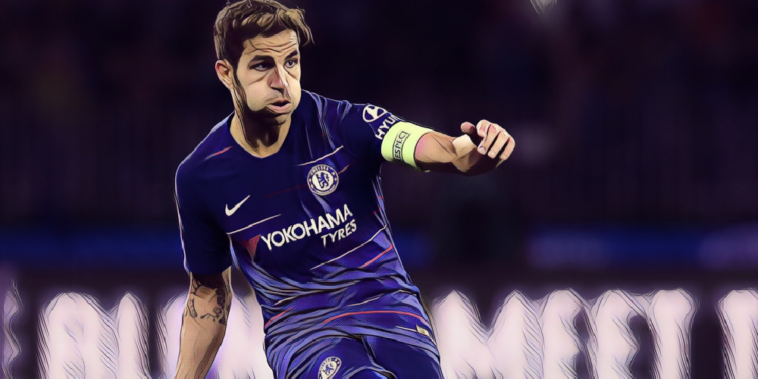 Ever get sick of reading stories about players not playing for their manager? Well fear not, this article is quite the opposite with Cesc Fabregas having spoken in absolutely glowing terms about Chelsea’s new manager Maurizio Sarri.

Fabregas has been fortunate enough to play under some of football’s most high profile managers, including Pep Guardiola, Jose Mourinho, Arsene Wenger and Antonio Conte during his trophy-laden career. But despite hardly featuring under new Chelsea boss Maurizio Sarri this season, the Spaniard could hardly speak more highly about the Italian manager.

“I feel sensations under Sarri that I never thought I would feel again,” Fabregas said after Chelsea’s 1-0 win of MOL Vidi.

“I wish he came a bit earlier to be honest. It’s a little bit late now in my career. Definitely, I’m very happy with him.”

Fabregas is yet to play in the Premier League this season but started in Thursday’s 1-0 Europa League win over the  Hungarian champions as well as featuring in the Carabao Cup, and has said he is enjoying playing as a deep-lying, conductor-like role under Sarri.

“Everything goes through me. This is what I like. Touching the ball 100 times, all the play going through me or Jorginho is a very important role for him. I’m learning it. I’m very passionate about it as it’s very interesting.

“The way he sees football is something that maybe in the future if I become a coach I think I’ll do something very similar. It’s what I like and how I see football.

“I’m really looking forward to working for a long time with him.”