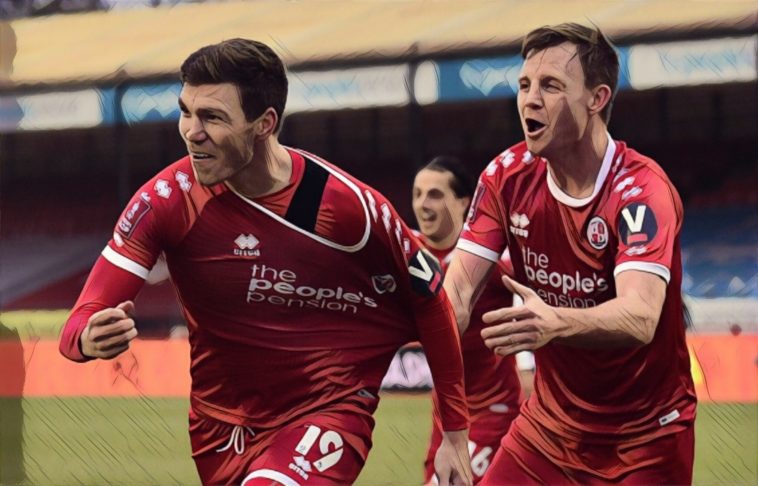 The FA Cup provided yet more action, shock results and heartwarming scenes on Sunday as the third round nears completion.

Crawley pick up the scalp of the weekend

Chorley managed a huge upset when they beat Derby County on Saturday, but Crawley Town arguably pulled off an even greater shock the following day by smashing Leeds United 3-0.

Yes, the Magpies are a non-league outfit, but they were facing a Championship side with virtually no experience of senior football in its starting lineup. Fourth tier Crawley, on the other hand, were up against a Premier League team fielding many of their starters and managed by one of the modern day greats in coaching.

Fourth round bound after their 3-0 win. pic.twitter.com/hDwYpOV8g3

Nick Tsaroulla got the ball rolling in the second-half with a terrific solo goal, before Ashley Nadesan and Jordan Tunnicliffe sealed a dream outcome for The Reds.

To rub salt in Leeds’ wounds, Crawley brought on reality TV star Mark Wright of The Only Way Is Essex fame as a 90th minute substitute. Wright, a former Spurs academy member and one-time non-league player, is the subject of a BBC documentary.

It’s only West Sussex from here following the club’s first ever win over Premier League opposition. This is a result that will go down in the club’s history as their greatest ever.

Marine’s day in the sun

There was no such fairytale for Marine AFC as the eighth tier side fell 5-0 to Tottenham Hotspur at their 3,000 capacity ground in Liverpool. It’s been a terrific ride for the club though, who are the lowest ranked team to ever make it this far in the FA Cup.

It’s a shame there couldn’t be any fans there to enjoy the moment, although there were a few cheeky spectators, bringing a proper non-league feel to proceedings.

Over 30,000 virtual tickets were sold for the encounter, however, raising much needed revenue for the club and smashing their previous attendance record of 6,000.

There was plenty to enjoy from a Spurs perspective, particularly Alfie Devine scoring at the near post on his debut. He’s only 16-years-old and the North London outfit’s youngest ever player to feature in a competitive game.

Bernardo Silva perfects the art of the half-volley

We have not seen the best of Bernardo Silva in recent months, but the Portuguese maestro has been returning to his old self in the past few weeks. The Manchester City midfielder showed that he was back to his best in the third round on Sunday with a brace against Birmingham City, but it was the curtain raiser that showed off his ability.

With the ball bobbling around the box, Silva times his connection perfectly, his strike resulting in a lovely flight of the ball into the top corner. Sublime.

A Riyad Mahrez goal rounded out a 3-0 win for the 2019 FA Cup winners and progression to the fourth round.

Mason Mount scores on his birthday

One of Chelsea’s few consistent performers this season, Mason Mount celebrated turning 22 in style on Sunday by opening the scoring against Morecambe.

The Blues ran out 4-0 winners over the League Two outfit, with Callum Hudson-Odoi, Kai Havertz and Timo Werner also scoring on the day.

Newport push Brighton all the way

Newport County have experienced many heady days in the FA Cup in recent years, reaching the third round or further in each of the past four seasons. Their meeting with Brighton on Sunday appeared to be heading to a fairly predictable ending, however, after the Seagulls scored in the 90th minute via Solly March.

Deep into injury time, the Welsh side whip in a hopeful cross, but goalkeeper Jason Steele appears to have it covered. But wait! He in fact somehow whiffs it and the ball goes in off the unfortunate Adam Webster… in the 96th minute.

The drama continued into the penalty shootout, where both sides missed three of their initial five attempts. Jamie Proctor and Davy Propper scored for their respective sides in sudden death, before Scott Bennett missed for the Exiles.

This gave Brighton the opportunity to seal their place in the fourth round once and for all. Who would take it? Adam Webster. This time he put it in the right net.