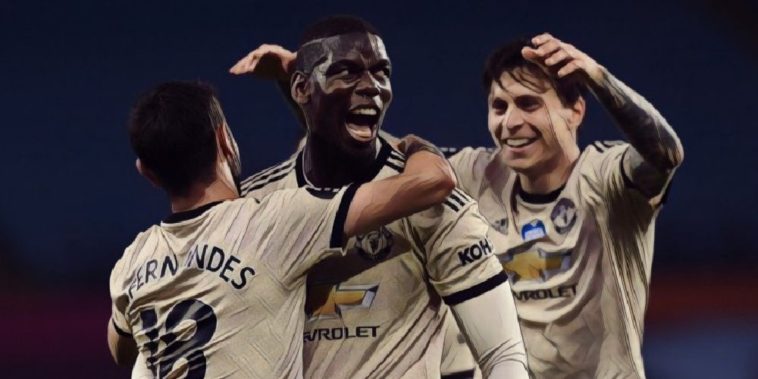 Patrice Evra insists that Manchester United midfielder Paul Pogba is ‘shy’ and misunderstood’, and insists his former side are ‘moving in the right direction’ under Ole Gunnar Solskjaer.

Evra spent eight hugely successful seasons as a Man United player and won five Premier League titles during his time at Old Trafford, with the Frenchman having kept a close eye on the progress of the Red Devils under the guidance of former teammate Solskjaer.

The Norwegian guided the club to a third-placed finish and Champions League qualification this season, and Evra insists their return to Europe’s elite is a positive sign of progression under a manager focused on returning the side to their former glories.

“United have qualified for the Champions League. It’s not a big achievement but it’s massive progress from where we’ve come. I love Ole,” Evra told the Guardian.

“One game we’re on the bench and I started talking. He said: ‘Patrice. I’m focused.’

“He would analyse everything so he knows which defender is getting tired. That’s why we called him the Babyfaced Assassin. He helped United win the Champions League [in 1999] that way.

“United can’t challenge Liverpool or Man City. Not yet. There’s been massive damage but we’re moving in the right direction.

“When they wanted to sign Bruno Fernandes, Ole texted me. I asked for advice from Cristiano Ronaldo. Cristiano says: ‘Bruno’s a good guy and very professional.’ I say: ‘Ole, I’ve spoken with Cristiano. Let’s go for it.’ And Fernandes had a massive impact. Without him I don’t think we would have qualified for the Champions League.”

Evra also opened up on his relationship with Pogba – who is close to signing a new contract with United – and believes the midfielder is ‘misunderstood’ by the media, the France international often coming in for criticism both on and off the pitch during his four seasons at Old Trafford.

“Paul’s really misunderstood,” he said. “People talk more about his hairstyle but he’s a great kid, a shy boy actually.

”It was important for Fernandes to relieve that attention on Paul. It wasn’t fair. Paul is a happy person and we have been close so long. He Facetimed me yesterday at 11.30pm. I said: ‘Paul, I’m in bed. Let me sleep.”