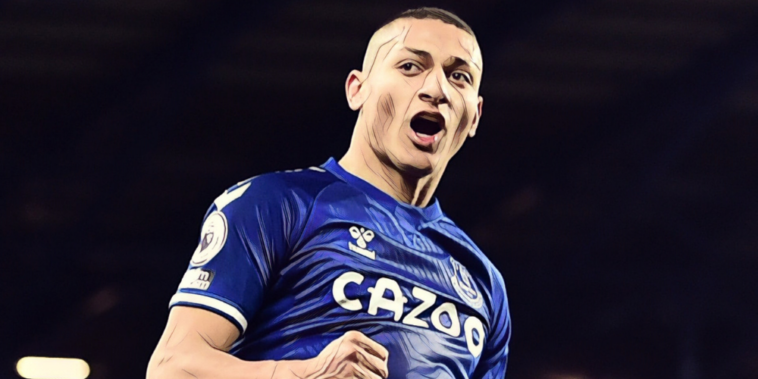 Everton are said to be willing to ‘listen to offers’ for Richarlison this summer with Carlo Ancelotti reportedly interested in raiding his former club for the Brazilian.

Ancelotti left Everton earlier this week to rejoin Real Madrid as the club’s new manager, having previously spent two seasons in the Spanish capital between 2013 and 2015, winning the Champions League during his time at the Bernabeu.

The Italian will now look to overhaul his squad and is understood to be considering a move for Richarlison, who he believes is capable of making an impact at one of world football’s biggest clubs.

According to Football Insider, Everton are prepared to ‘listen to offers’ for the Brazil international during the summer transfer window as the Toffees bid to raise funds for their own recruitment under a new manager.

The 24-year-old was previously subject of interest from Barcelona with the Merseyside club rejecting a bid in the region of £85m during the closing stages of the 2020 January transfer window.

Richarlison scored seven league goals in 34 appearances during the 2020/21 season, his lowest haul since signing for Everton in a £40m deal from Watford three years ago.

The Goodison Park outfit are prepared to spend again this summer but will need to raise funds to comply with Financial Fair Play regulations and the forward shapes up as one of the club’s most saleable assets.

Much may depends on the new manager’s stance with Everton yet to name a replacement for Ancelotti, a number of names reportedly in the frame including Nuno Espirito Santo, Eddie Howe and Rafael Benitez.