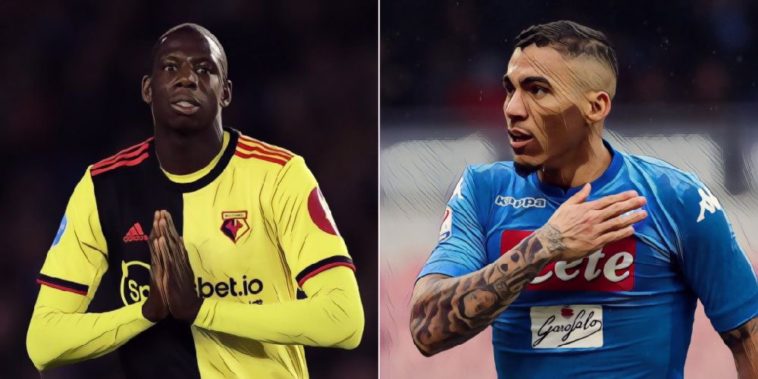 Everton are reportedly ‘very close’ to agreeing a deal for Napoli midfielder Allan, whilst the club have also seen an opening offer for Abdoulaye Doucoure rejected by Watford.

Carlo Ancelotti is currently assessing his options as he looks to overhaul Everton’s underperforming squad, with midfield having been identified as a key area to strengthen as the Toffees look to bounce back from a disappointing season on Merseyside.

Amongst Ancelotti’s chief targets has been a move for Brazil international Allan, the Everton boss a huge fan of the player having managed the 29-year-old during his time with Napoli.

Allan has been an influential figure at the Serie A side since joining from Udinese five years ago and helped the Neapolitan outfit to Coppa Italia success last season, though found his starting opportunities limited following the arrival of Gennaro Gattuso as Ancelotti’s successor at the San Paolo Stadium.

As per Sport Witness, various outlets in Italy are now reporting that a Premier League reunion with Ancelotti is edging ever closer, with just a €5 million difference in valuation between the two clubs as they attempt to agree a fee.

Napoli are believed to be holding out for a fee of around €30m and it now looks up to Everton to match the asking price, the Premier League side the clear frontrunners with suggestions of interest from Atletico Madrid reportedly wide of the mark.

Aside from Allan, Ancelotti is keen for further midfield reinforcements, however, with the Evening Standard reporting a move for Watford’s Doucoure has also been launched, the Frenchman having been a target for the Toffees since Marco Silva’s time in charge.

Watford are demanding a fee of £25m for the player despite their drop into the Championship, Everton’s opening offer having fallen short of that valuation. Doucoure’s potential arrival at Goodison Park could also see youngster Tom Davies depart, the 22-year-old having been tentatively linked with a move to Newcastle.

Davies came through the club’s academy ranks and featured regularly under Ancelotti last season, though could be moved on if the Merseyside club receive a bid too good to turn down.

Newcastle manager Steve Bruce is believed to be targeting domestic-based talent this summer as he bids to overhaul his squad at St James’ Park, the Magpies reportedly closing in on the free transfer capture of Jeff Hendrick from Burnley.