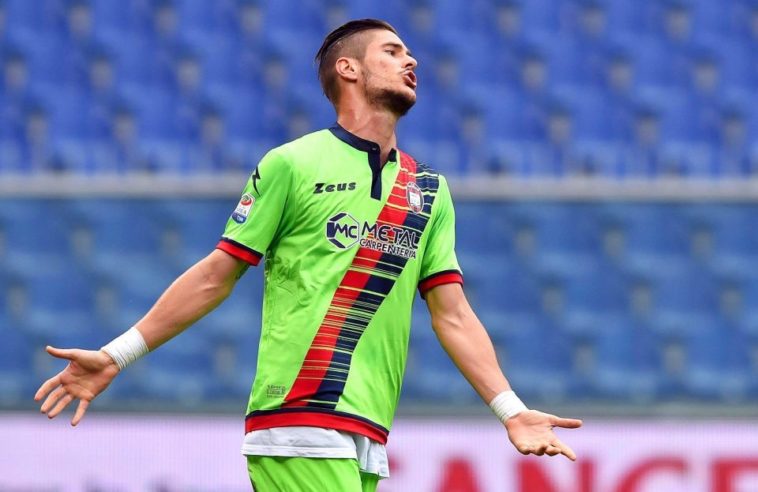 Everton have identified a potential replacement for Romelu Lukaku who is speculated to be leaving the club this summer.

With Lukaku at the top of the goalscoring charts, he has been linked with a move to either Chelsea or Manchester United this summer. With Gerard Deulofeu, currently on loan at AC Milan, looking like returning to Barcelona, the Toffees will need to rebuild their attacking options.

Who is Diego Falcinelli I hear you ask

Falcinelli is a 25-year old Italian striker currently on loan at Italian Serie A club Crotone from Sassuolo.

Despite Crotone being in the bottom three of the Italian top flight, Falcinelli has bagged an impressive 12 goals.

He is keen to find a permanent new home after spending several years moving from one loan deal to another, included spells at Foligano, Lanciano and Perugia, before moving to Crotone this season.

If Everton fail to sign the Italian, they are also interested in Palermo forward Ilija Nesterovski. The Macedonian has also scored 12 goals, but could set Everton back a hefty £17m despite only moving to the Serie A club for £400,000 last summer.

Has anyone seen Falcinelli? Is he good enough for Everton? Who should the Blues try to sign this summer? Leave us a comment below