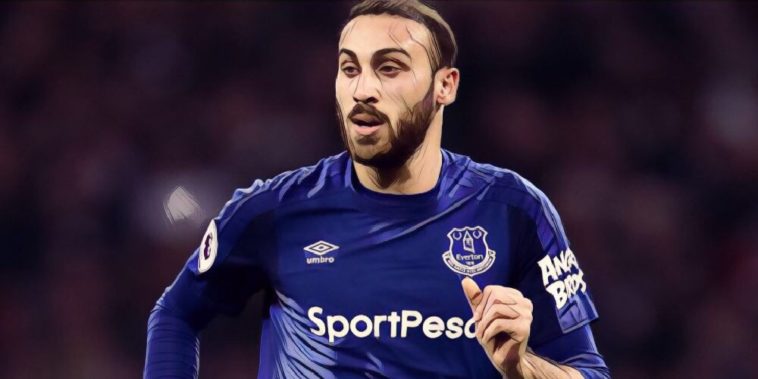 Everton are ready to offload striker Cenk Tosun ahead of bolstering Marco Silva’s side during this summers transfer window, according to reports.

Tosun was the only signing of the Sam Allardyce era, swapping Turkish side Besiktas for Everton last January in a deal worth £27 million, although the striker has struggled to adapt to life in the Premier League.

As a big strong centre-forward, his style of play is not really suited to that of Marco Silva, and he has only started six of the Blues’ 21 league games this season, scoring just two league goals.

According to the Liverpool Echo, the Toffees are now ready to cash in on the 27-year-old to free up some funds to further bolster their squad and are ready to take a bit of a hit on the striker, setting their asking price at £20m.

Speaking ahead of today’s game against Bournemouth, Marco Silva revealed that he wants to sign ‘two or three’ players this month, despite making five signings in the summer.

Everton go into the game in 11th in the table, a position below that that many of the Goodison Park faithful will have been expecting following the arrival of Silva in the summer.