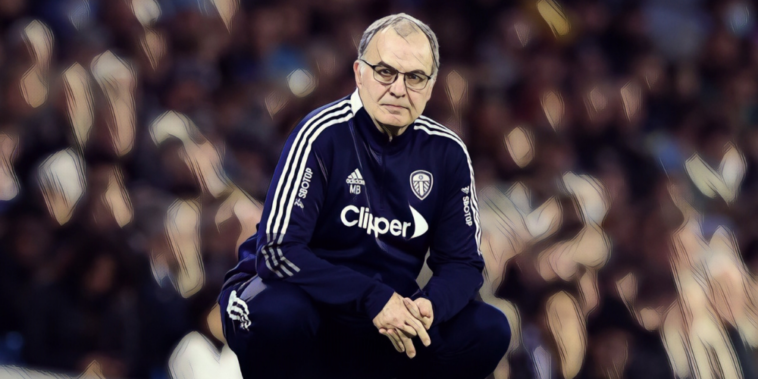 Everton have reached an ‘impasse’ in talks with Marcelo Bielsa over the club’s vacant managerial position.

Bielsa has emerged as the club’s top target following the decision to sack Frank Lampard this week, but there is a ‘considerable gap’ in positions after initial negotiations with the Argentine.

According to The Independent, the 67-year-old is keen to assess every aspect of the club before committing to a deal. Bielsa’s demands for a package worth over £10m for himself and his coaching staff, in addition to the length of contract, have also proven problematic.

Bielsa has been without a club since being sacked at Leeds in February 2022, having led the club back into the Premier League after a 16-year absence during his reign at Elland Road. Leeds finished ninth on their Premier League return and impressed with an attractive brand of football, and the club’s supporters having called for the return of Bielsa on occasion this season.

Everton want to make an appointment before this weekend and are considering other candidates. Ralph Hasenhuttl is viewed as a potential option after his exit from Southampton earlier this season and the Austrian has admirers within the hierarchy at Goodison Park.

West Brom’s Carlos Corberan and ex-Everton boss Sam Allardyce have also been mentioned as candidates for the role. Everton’s intention is to appoint a manager in line with a long-term vision, but have not ruled out a short-term option in an attempt to secure Premier League survival.

The Toffees are 19th in the Premier League table and without a win in ten games across all competitions. Everton have lost six of their last seven in the league and next face leaders Arsenal on February 4.