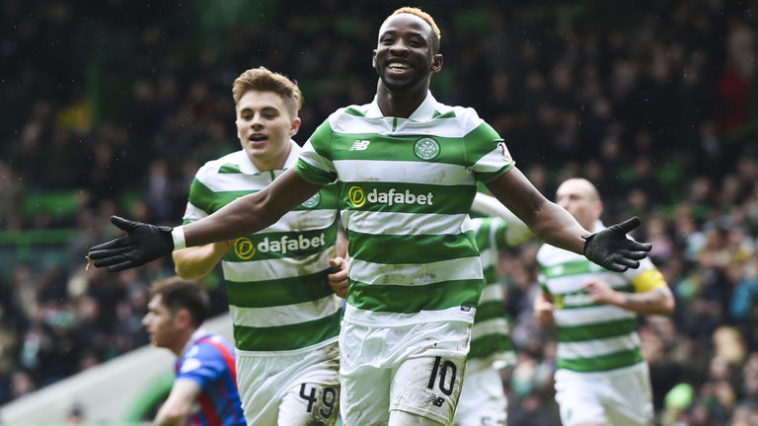 Everton are looking to continue with their summer spending spree as they are prepared to break their transfer record again this summer.

Everton broke their transfer record last week as they spent £30million to bring goalkeeper Jordan Pickford to Goodison Park from relegated Sunderland. Howevever that may not be a record that stands for too long as they look to bring in a replacement for the outgoing Romelu Lukaku.

Lukaku has been linked with a big money move to both Chelsea and Manchester United this summer, with a move back to Stamford Bridge looking most likely at the moment.

With a huge hole set to be left up front for the Blues, Ronald Koeman is in the market for a new striker. The Sun claim that he is preparing a big money move for Celtic striker Moussa Dembele.

A deal to bring the former Fulham striker back back to England after one season with the Scottish champions would set the Blues back in excess of their newly set transfer record.

The 20-year-old bagged 22 goals in his debut campaign for the hoops after moving from Fulham for just £500,000 last summer, and despite wanting to keep the striker, Brendan Rodgers could find it difficult to turn down a big money bid for his star striker.

If Dembele can be pursuaded to move to Everton, where he would get plenty of game time, he is likely to be joined by Malaga striker Sandro Ramirez. The former Barcelona striker is expected to move to the Premier League for just over £5m after aeverton are believed to have triggered his release clause.

The Blues have also splashed out £23m on Davy Klaasen from Ajax, and also want to sign Gylfi Sigurdsson and Michael Keane from Swansea and Burnley respectively.