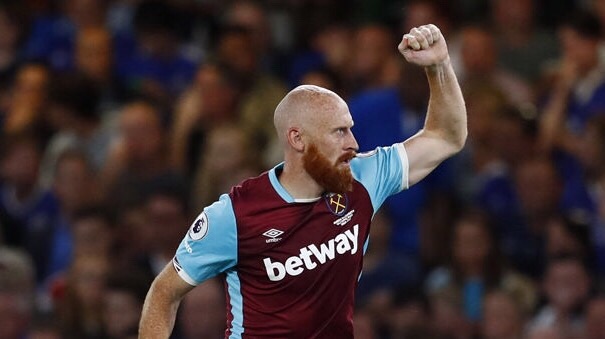 This is the surprise transfer rumour in today’s Sun who claim that the Blues are one of three Premier League clubs looking to sign the Wales international defender.

Stoke City and Crystal Palace are also believed to be interested in signing the 33-year-old who has just one year left on his current contract at the London Stadium.

His age combined with the short time remaining on his current contract has led to the club’s believing he could be available for as little as £2m, with Slaven Bilic ready to sell if new terms cannot be agreed.

Everton are looking to add more cover in defence as Argentine Ramiro Funes Mori looks set for a very lengthy spell on the sidelines. Despite already splashing £25m on Michael Keane, Ronald Koeman wants to add another defender as they prepare for what could be a gruelling season of Premier League and Europa League football, a campaign which starts tonight at Goodison Park.

Stoke have already signed Kurt Zouma on loan while Palace have signed Jairo Riedewald from Ajax, and both have been linked to Bruno Martins Indi and Mamadou Sakho.