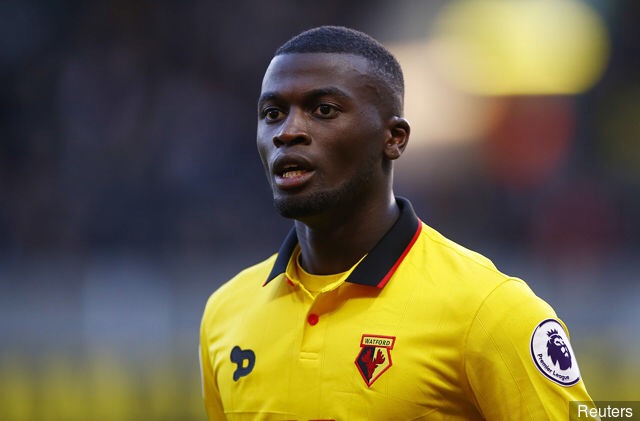 Everton are being made to wait by AC Milan strike M’baye Niang who is hoping for a move to Arsenal according to reports.

Everton have been linked with a move for the French striker, who was on loan at Watford last season. It had been claimed that the Merseyside club had already agreed a deal to sign Niang, with a medical planned for this week.

However, according to Calcio Mercato the 22-year-old is stalling over a move to Goodison Park in the hope that Arsenal will make a late move for his services.

The striker was one of the hottest prospects in European football during his time at French club Caen, but since his transfer to AC Milan, he has only struck 12 goals in 77 appearances for the Serie A club.

Everton are embarking on a huge rebuilding project, having already splashed out £53m on Davy Klaasen and Jordan Pickford. They are also believed to be close to signing Spain U21 international striker Sandro Ramirez from Malaga.

Ronald Koeman is also believed to be interested in signing Gylfi Sigurdsson and Michael Keane from Swansea and Burnley respectively, moves that could take Everton’s summer spending to in excess of £150m.

Whether Niang moves to Goodison Park or Arsenal make a move for the winger is yet to be seen, but it certainly looks as though his future lies away from the San Siro.