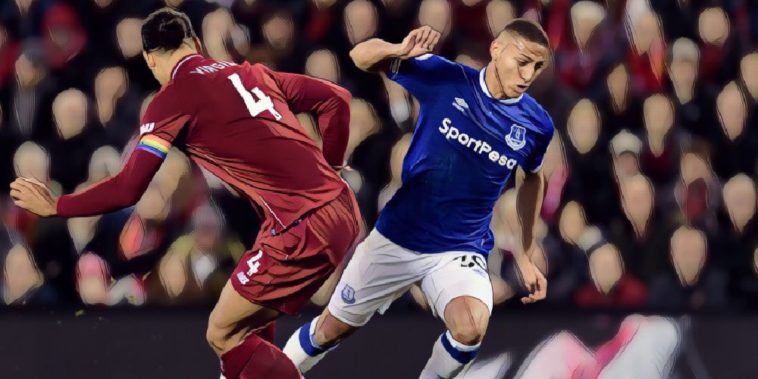 Everton forward Richarlison has stoked the fires ahead of this weekend’s Merseyside derby by claiming ‘there are better defenders in world football’ than Liverpool’s Virgil van Dijk.

Van Dijk has established himself as arguably the best centre-back in football since moving to Liverpool two-and-a-half years ago, helping the club to Champions League success last season and being named as the PFA Player of the Year.

The Netherlands international has enjoyed another impressive campaign with the Reds’ sitting on the brink of a first league title in three decades, but ahead of this weekend’s crucial clash at Goodison, Everton forward Richarlison played down Van Dijk’s abilities and named three players he believes are superior to the Dutchman.

“People talk a lot about him, yes he is a great defender but I’ve already dribbled past him. He was chosen as one of the top three in the world as he had an excellent season,” Richarlison told Desimpedidos.

“But yes, for me there are better defenders.”

When pressed on which defenders were better than Van Dijk, Richarlison said: “Thiago Silva, Marquinhos and Sergio Ramos.”