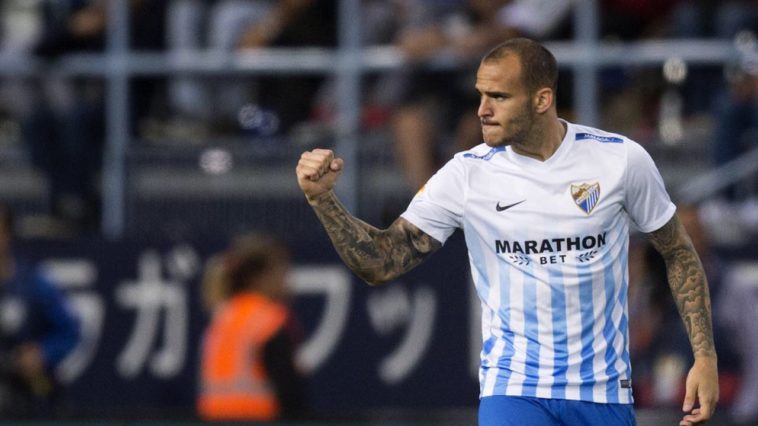 Everton are being linked with adding two players to their squad as they look kick off their summer transfer business.

According to reports, Ronald Koeman is in talks with Malaga striker Sandro Ramirez while is also keen on Ajax midfielder Davy Klaasen.

21-year-old striker Sandro Ramirez had a wonderful season in La Liga this year, scoring 14 goals having only joined the club from Barcelona last summer.

He had been heavily tipped to join Atletico Madrid, until their transfer ban was upheld by the Court of Arbitration for Sport.

This has given Everton a huge boost in their attempts to buy the player, who would cost just £5.2m – the value of his buyout clause.

Everton are looking to add firepower to their squad as they will shortly be left very short in the striking department. Romelu Lukaku is believed to be close to re-joining Chelsea, Arouna Kone has been released, Enner Valencia’s loan spell has ended, leaving Oumar Niasse as the clubs only recognised striker.

Also being eyed up is the Ajax captain Davy Klaasen. Reports suggest that talks have been stepped up over a potential deal, although Inter Milan and Napoli are also interested.

The 24-year-old was involved in the Europa League final defeat against Man Utd, but with coach Peter Bosz leaving for Borussia Dortmund, it could be a difficult summer for the Dutch giants.