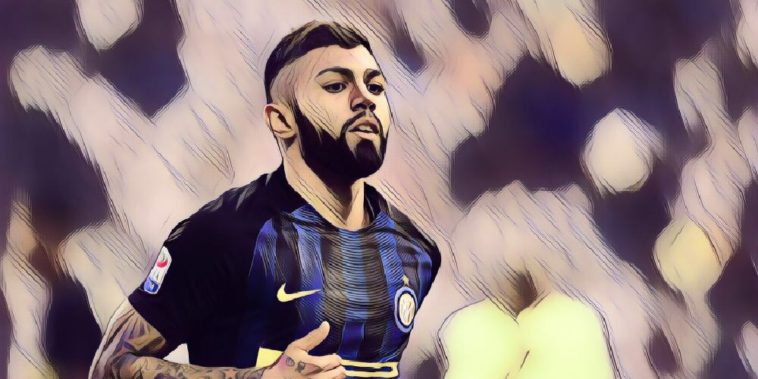 Everton are interested in signing Inter Milan’s Brazilian forward Gabriel Barbosa according to reports in Italy.

The 22-year-old, currently on-loan at former club Santos, has struggled to settle in Italy following his big-money move in 2016 and Inter are believed to be ready to cut their losses on the frontman.

Nicknamed ‘Gabigol’, Barbosa came through the youth ranks at Santos, making his debut as a 16-year-old and going on to score 56 goals in over 150 appearances.

His form attracted the attention of Europe’s leading sides, with Inter winning the race for his signature in 2016 but he failed to establish himself during his debut season and scored just one Serie A goal.

A loan move to Benfica failed to ignite his stalling career and Barbosa returned to Santos in another temporary deal in 2018, rediscovering his scoring touch with 18 goals in 35 league appearances.

This form has attracted Marco Silva and Everton, who have been using Richarlison as a makeshift forward so far this season, with Tuttomercatoweb reporting Silva is ready to give Barbosa a fresh chance in European football.