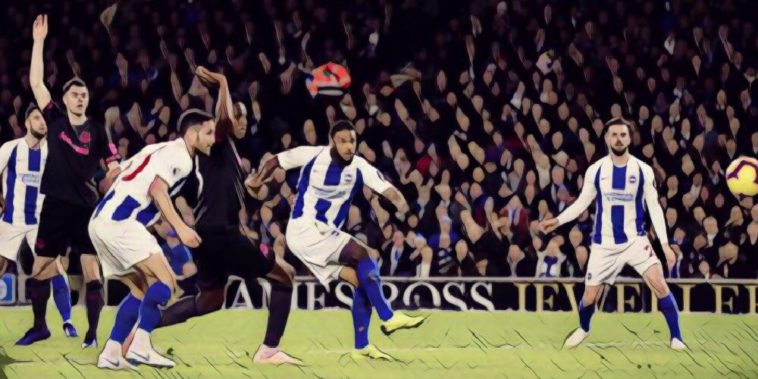 Everton centre-back Micahel Keane has said that Brighton were ‘lucky’ to win this afternoon’s game thanks to the nature of the Seagulls goal.

Jurgen Locadia scored the only goal of the game in the 59th minute of the game, as a Brighton corner kick fortuitously fell at his feet after a deflection off of Kurt Zouma.

Both sides did create a number of chances throughout the game, although a combination of some poor finishing and good goalkeeping kept the scores 1-0.

Speaking after the game, Michael Keane suggested that the Everton players were suffering from fatigue, but did say Brighton were lucky with the manner of the goal.

“At the time a lot of the lads were not sure who the ball came off but I was right there, it came off our player, so it was not offside, he was lucky it happened to fall to him, unlucky for us.

“We didn’t start as we wanted to, they put pressure on us and got the goal. We didn’t create clear-cut chances.

“They started brightly, we grew into the game, I had a chance with my head. We’ve got to take them. If we go 1-0 up, we can control the game. We had a win against Burnley and wanted to build on that.

“Maybe the loss was down to fatigue, but also they have got a good defence, solid, hard to break down. So do we so there were never going to be too many goals. Maybe fatigue played a part, on our day we could cause them problems.

“We need to put things right, ensure we start the year with a win and get up the table back to where we belong.