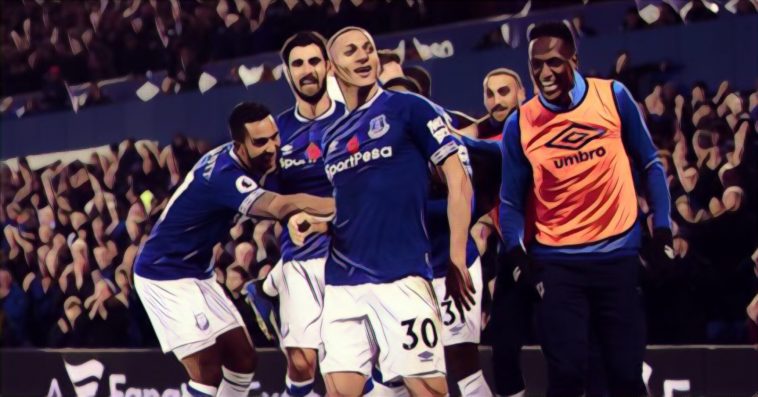 Everton ran out 3-1 winners over Brighton at Goodison Park to lift them up to ninth in the table.

The Toffees continued their good form in the Premier League under Marco Silva, who was delighted with what he considered to be Everton‘s best performance of the season so far.

“We were constant, played with quality — it was our best performance at home this season,” Silva told BBC’s MOTD.

“First 30 minutes we played really well. The only thing I didn’t like was that corner when they scored. We worked for and prepared for. You need to react faster. What I liked was the second half. We kept doing what we did in the first half. We had chances to score more and it was a good and deserved win.’’

Richarlison bagged another two goals for Everton, bringing his tally to six in nine league games. Silva was keen to acknowledge the young Brazilian forward’s contribution:

“It is important for our strikers to score. Richarlison did well. When a player scored twice people speak a lot about them but so did others in the team. Richarlison is a fantastic football player and he gives everything for us. He fights and enjoys the game. But it is not just him. For us to play well and score goals we need to do big work.

“For us it is important to do better than last season. We want to give the fans something to enjoy and feel a connection with what we are doing.”

Everton have a very tough trip to Chelsea coming up next weekend.