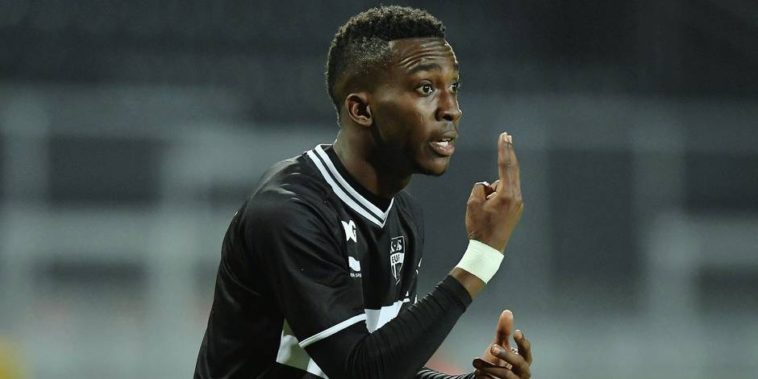 Everton have beaten Arsenal and West Ham to the signing of Henry Onyekuru.

Arsenal were the first club to be linked with the Nigerian striker before West Ham were thought to have taken the lead earlier this month in the race for his signature.

However it now seems as though Everton will win the battle for the highly rated striker after he had a medical with he club on Monday.

The deal to take Onyekuru from Belgian club KAS Eupen to Goodison Park is thought to be worth around £7m. He will then be sent back to Belgium to continue his development, with a 12 month loan deal to Anderlecht.

The 20-year-old scored 24 goals in 41 appearances in all competitions last season, and has a better goalscoring record than that of Romelu Lukaku. Lukaku scored 20 in 50 appearances for Anderlecht in the season before he moved to Chelsea.

Everton are also close to signing Malaga striker Sandro Ramirez for £5.2m. The Spaniard has already had a medical and agreed personal terms and will complete the deal following the conclusion of the U21 European Championships in Poland where Spain are still involved.

The Toffees have already spent £53m to bring Jordan Pickford and Davy Klaasen to the club, while also having an interest in £40m midfielder Gylfi Sigurdsson and £25m defender Michael Keane. this could all be funded by the sale of Romelu Lukaku who is expected to join Chelsea in a deal worth up to £100m.

As for West Ham and Arsenal, the search for a striker continues.

Can Everton break into the Top 4? Who should West Ham and Arsenal target now? Will Onyekuru be a success in the Premier League? Leave a comment With your thoughts below.