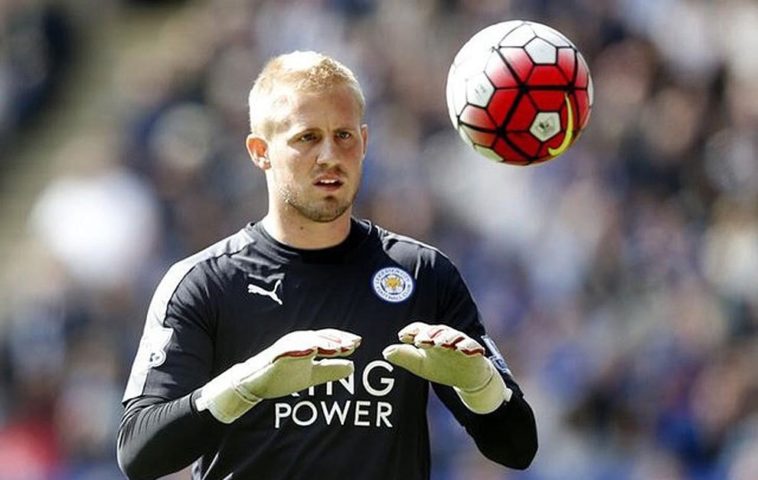 Everton and Manchester City have both placed Kasper Schmeichel as their first choice transfer target to become their new number one this summer.

Relegated Sunderland goalkeeper Jordan Pickford was thought to be Everton’s number one choice, but according to The Sun, the Blues have been put off by the Black Cats’ £30m valuation. They are thought to have made a £10m move for the 23-year-old but are unwilling to pay three times that fee.

This has led to Ronald Koeman placing Kasper Schmeichel at the top of his transfer list as he looks for a new goalkeeper.

However, Schmeichel is set to be hot property this summer. Manchester United have been identified the Dane as a potential replacement for David de Gea.

Meanwhile, on the other side of Manchester, Pep Guardiola has also made Schmeichel a target. The Mail on Sunday claims that the former Barcelona and Bayern Munich manager wants to take Schmeichel back to the Etihad. The 30-year old made 10 appearances for Manchester City at the beginning of his career before working his way through the football ladder to win the Premier League with Leicester City last season.

The Sunday Times also claim that Guardiola is prepared to offer Joe Hart to The Foxes as part of any potential deal.