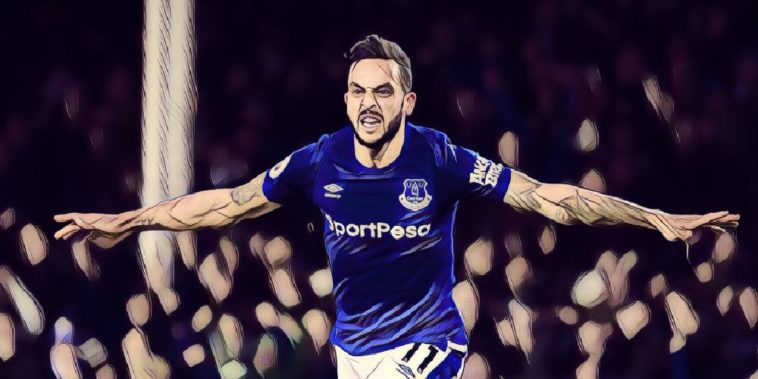 Despite a shaky finish, a much more spirited Everton earned a deserved and much needed win to go three points behind  Leicester in the league. Here are five things we learned.

When you suffer a double leg break like Seamus Coleman did, putting him out of action for 10 months, it would be acceptable to think that he wouldn’t come back as the same player. However, Coleman responded to these doubts by putting in a man of the match performance.

He was a literal breath of fresh air in the game and was what Everton have been missing all season. His bombarding runs up and down the line caused havoc in the first half and allowed Everton to push up against Leicester.

Even more encouraging for Everton was the link up Coleman seemed to have with Walcott down the right-hand side. This may be what helped him complete five successful dribbles during the game, three more than the rest of the Everton squad combined.

The Englishman has so far had a fantastic start to life as an Everton player, assisting the Everton equaliser against West Brom and now bagging a brace against Leicester to secure the three points for the Blues.

The winger said himself that he needed a fresh challenge and so far, he seems to be enjoying it, with Sam Allardyce himself saying: “He has started to pay us back immediately.” A statement which isn’t wrong when you consider that Walcott has now been involved in 11% of Everton’s goals this season, despite only playing two games.

With Walcott returning to his former club at the weekend and with him being bang in form, he will be hoping to get something at the Emirates to show his former employers just what they’re missing out on.

Transfer deadline day can be a nightmare for a lot of clubs and this was clearly the case for Leicester leading up to this game.

Earlier in the day, it was revealed that Leicester’s star man Riyad Mahrez had been subject to a bid from Premier League leaders Manchester City. This resulted in Mahrez refusing to travel with the squad down to Goodison with the hope it would go through.

Mahrez was a massive loss for Leicester in this game with Gray not being able to cause the same problems against Everton as he did earlier on in the season in the reverse fixture. Without Mahrez, Leicester looked very disjointed and seemed to lack any real attacking threat.

With the deal to City not going through for Mahrez, Leicester will be hoping this won’t affect his performances on the pitch as the Foxes are currently pushing for a Europa League spot.

Much more positive from Everton

Earlier in the week Allardyce was the target of much criticism after claiming Everton had to be “more boring” after their dismal performance to Spurs which saw the Toffees lose 4-0, and have zero shots on target.

However, this game was an exception to that comment as Everton looked a much more threatening team, with Leicester struggling to deal with the runs of Coleman and Walcott on the right, as well as the closing down from lone striker Oumar Niasse.

In the game Everton had nine shots with four of them being on target and by the halfway point should have led by a much safer score line, had Oumar Niasse’s touch not let him down. Allardyce will now be hoping that this confidence can be taken into the game on Saturday against Arsenal.

Not many Evertonian’s were looking forward to this game, the foxes leading up to the match were bang in form having been unbeaten in their last six games in all competitions. On top of that Leicester had won four of the six games and kept a clean sheet in five of them.

Everton on the other hand were winless in seven games in all competitions after their honeymoon period with Allardyce was over. Despite this, the return of Coleman and Leicester’s lack of threat without Mahrez shifted the balance as they played possibly their worst football since Claude Puel has taken over.

After only managing one shot on target in the entire game, Puel’s job will now be making sure this doesn’t see a dip in form, especially since he has an unhappy Mahrez to deal with. With the inform Swansea up next and with Everton just three points away Leicester will have to move on from this game quickly. http://gty.im/912768950