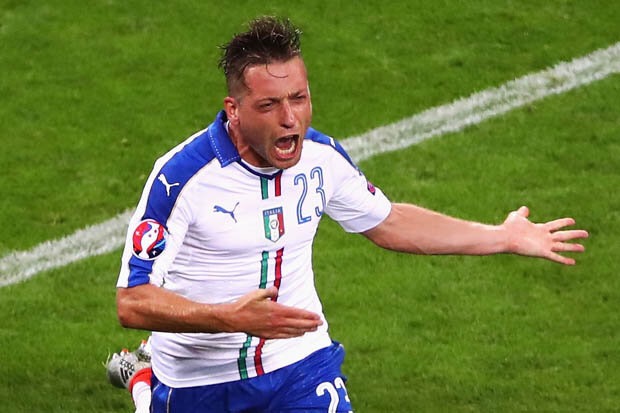 One of Italy’s Euro 2016 stars wants to continue his working relationship with Antonio Conte by completing a summer transfer to Chelsea.

Sunderland forward Emanuele Giaccherini has claimed he dreams of moving to Chelsea to work with the Italian boss, after some impressive displays for Italy at Euro 2016.

The 31-year old moved to Sunderland in 2014 but failed to make a big impact at the Stadium of Light, leading to him being loaned to Serie A club Bologna last season. This summer, he has been strongly linked with a move to Torino, but dreams of staying in Premier a league with a move to Stamford Bridge.

Unfortunately we don’t [have an agreement with Torino]. There has been contact and interest.

Torino have taken note of the costs and how the transfer would have to be done and now they are considering it.

But this also applies to Fiorentina and Bologna, who are gathering information before moving on.
If Chelsea were to call? Chelsea would be a dream.

Whether Conte is interested in Giaccherini is yet to be seen, but if he wants to add the Italian to his squad, it seems he would jump at the opportunity.