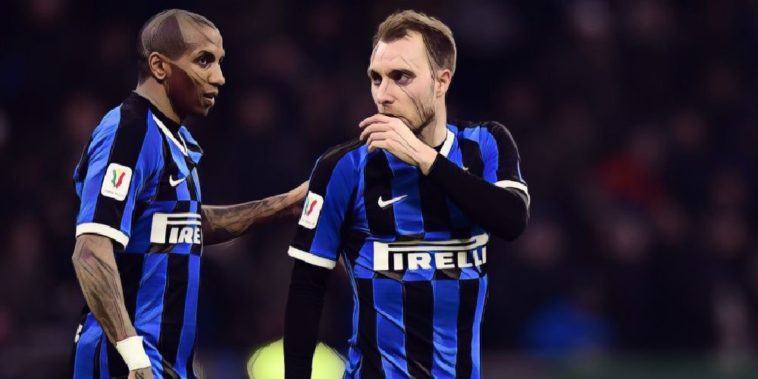 Christian Eriksen says his decision to join Inter Milan from Tottenham has given him a ‘better chance’ of winning trophies.

The Denmark international brought an end to his six-and-a-half-year stay at Spurs with a £16.9m move to Italy last month, the creative midfielder having entered the final months of his contract in north London and having informed the club of his desire for a new challenge.

Eriksen would help Spurs finish as runners-up in both the Premier League and Champions League during his time in English football, but silverware would prove elusive throughout his time at the club.

The 27-year-old is now embarking on a new challenge under Antonio Conte at the San Siro, and says his move to Inter Milan has given him a greater opportunity to win the game’s biggest prizes.

“There’s a big chance of winning a trophy here or a bigger chance than where I was of course,” Eriksen told Sky in Italy.

“The Champions League final was a very bad day, we lost which you don’t want to remember.

“I’m here to win and start something new. The last time I won something was at Ajax so it’s many years ago. I still remember the feeling so I want to achieve it here as well.”

Eriksen made his debut for his new side during the club’s Coppa Italia victory over Fiorentina last month, with the club set to face Napoli in the semi-finals of the competition as they seek silverware this season.

Inter also currently sit three points behind Juventus in the Serie A title race, whilst the club will meet Ludogorets in the first leg of their Round of 32 clash in the Europa League later this month.